February 18, 2020
There was delamination at the floor beam-to-hull attachments, probably due to earlier groundings and we could also see the swinging/pendulum keel symptom when the boat was transported with the keel hanging. It was time to do something about it. The plan is to reinforce the whole keel-to-hull joint with 3-4 layers of 600g biaxial fiberglass cloth, re-bond the floor beams to the hull with at least 6 layers and add new structural members to stiffen up the construction against side loads. 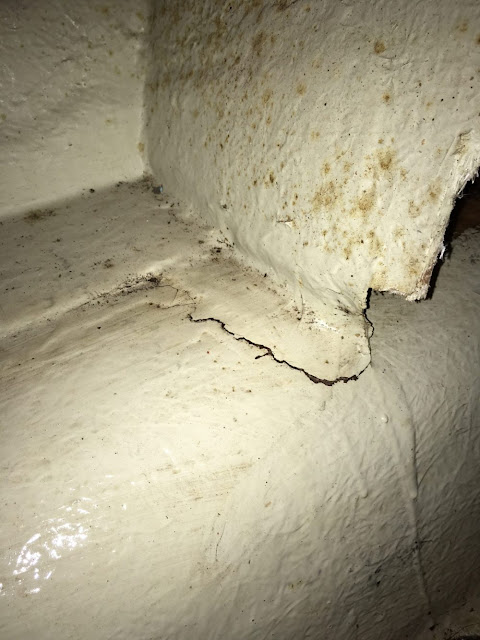 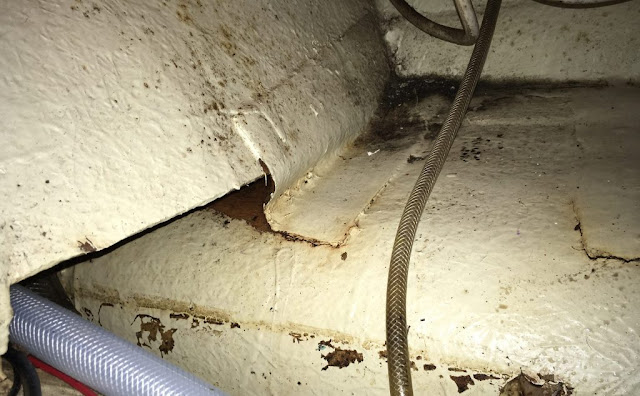 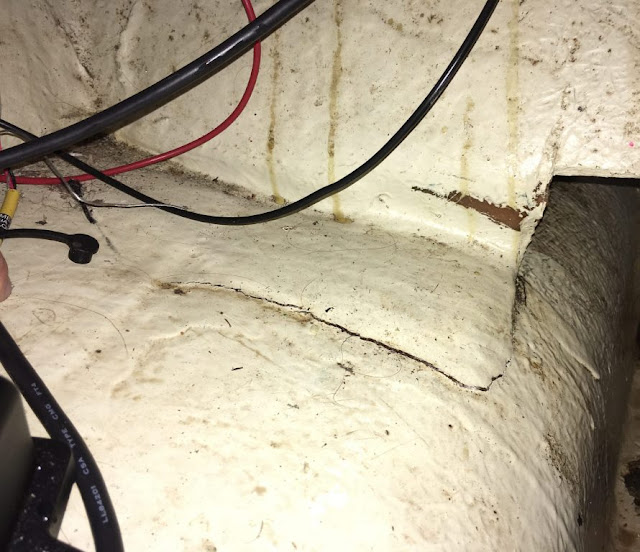 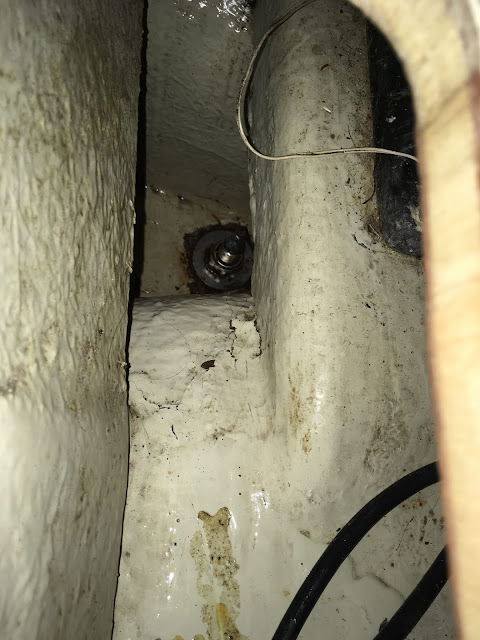 In the fall of 2019 we started the keel/bilge reinforcement project. It took several weekends to sand everything and it was probably the most difficult boat work (or any type of work really 😃) I ever did.
I killed one orbital sander and one vacuum cleaner during the job. Then I bought a cheap vac with HEPA filter from Biltema, which turned to be a really good choice. The high density filter is really a must to catch the very fine fiberglass dust. 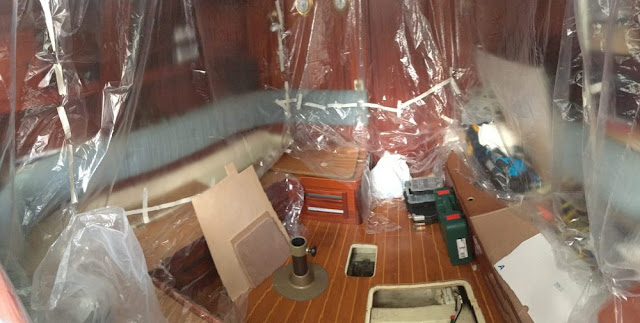 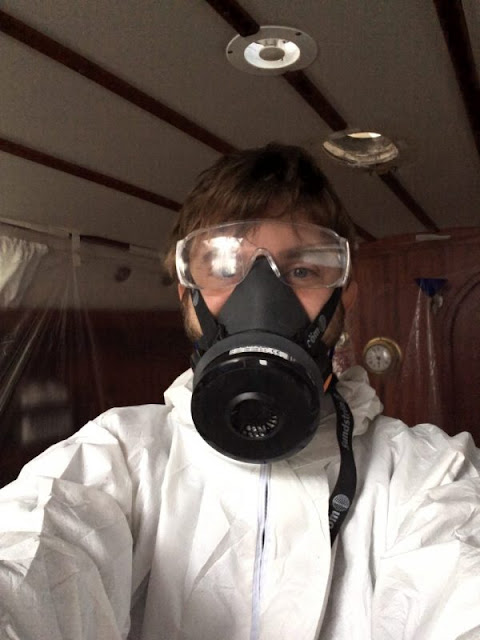 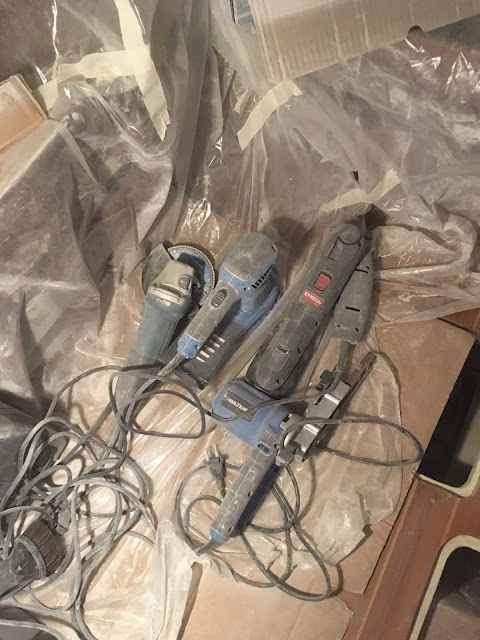 We considered cutting and lifting the cabin sole to have better access to the bilge, but as Scarlett has a teak floor the removal of which would require removing the saloon interior, and cutting openings in the wood would look really ugly, we decided trying completing the job without it. Which means really poor access to the port side of the bilge. You really need "snake-man" hands.

For most of the somewhat flat and curvy surfaces I used an orbital sander with 40 grid paper which is a slow way of doing it, but gives more control over how much of the material you remove. At corners and places where I had to remove lots of material (de-laminated floor beam attachments), I used a thin belt sander. I can strongly recommend buying one for this job, I wouldn't have been able to reach many areas without it and it was quite easy to work with.

I also tried an angle grinder with sanding attachments but it was just too brutal and hard to control, it removes too much material and blows out all the dust. I guess I could have bought a vacuum cleaner attachment to it, which makes the dust situation manageable, but with bad access, where you can use only one hand the angle grinder is dangerous too. For some really tight places with even worse access (around the mast step), I used a battery powered multi-tool and had to squeeze my hand through the mast and saloon table's leg openings. 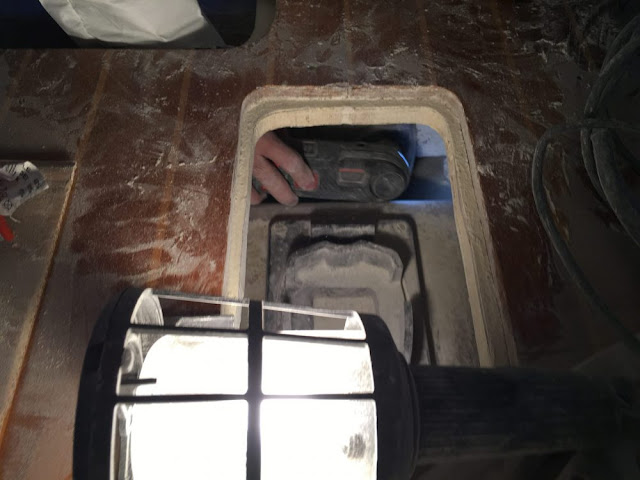 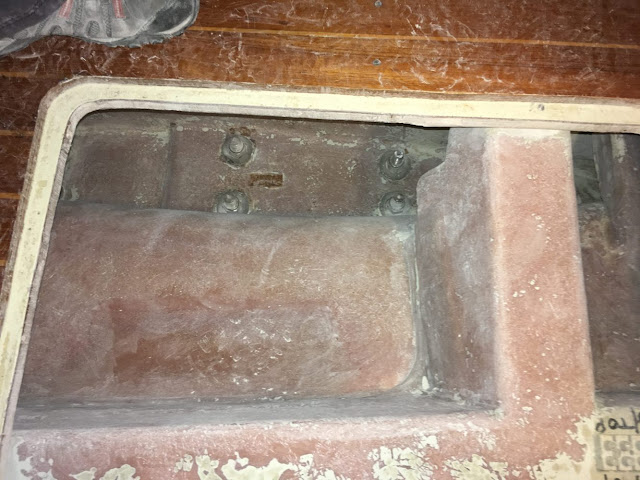 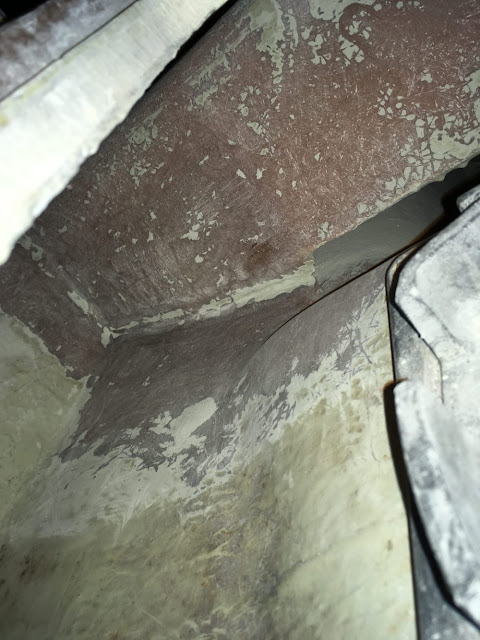 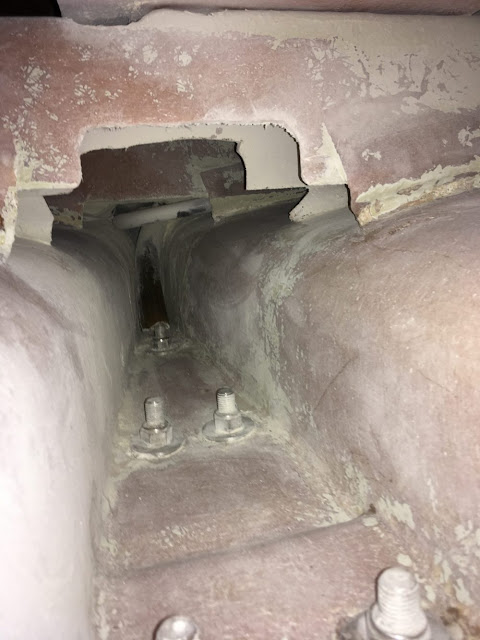 After maybe the 3rd weekend of sanding, completely exhausted, I thought I'm finally done. But then I found another overlooked de-laminated area in the galley... Although it's not structural, I decided to fix it anyway to finish all the dusty work at once. 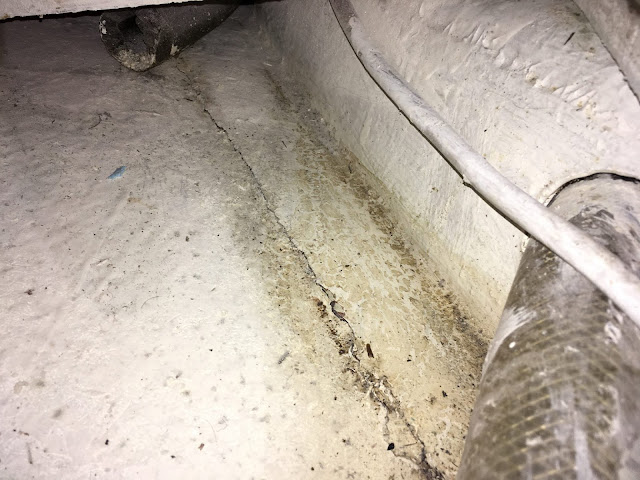 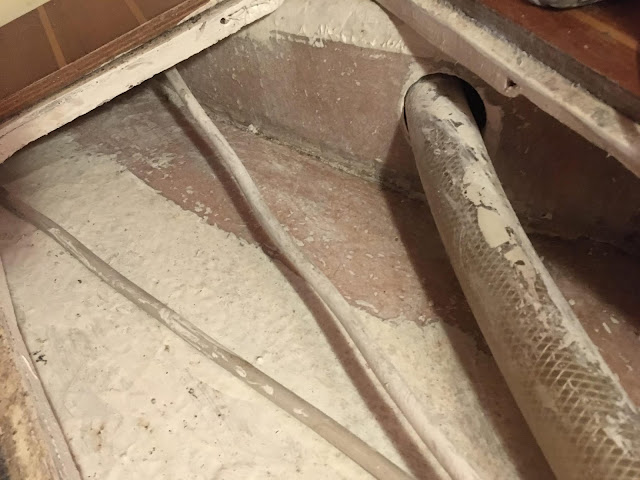 Before sanding the bottom of the bilge, I removed the keel nuts, which was not as difficult as I expected. Maybe the nuts were not tightened properly, I'm not sure. I used a long lever wrench and had to use my whole body weight on it, but it was doable. For re-tightening I bought a torque-wrench and will tighten the nuts to 210Nm. We'll see if it can be done with the access we have. I saw that some Scanmar 33 owners drilled holes in the cabin sole above the keel bolts to be able to tighten them properly, but that's something I would like to avoid. We're planning to replace the backing plates (washers) on the keel bolt rods to a little bit bigger, thicker and square ones.

Now we have to wait until the weather will be favorable again for epoxy, then start laying up the laminate to reinforce the bottom part of the keel-to-hull joint ("floor" of the bilge). Then the new keel-bolt backing plates can be installed and the nuts re-tightened. After that hopefully the boat can be carefully moved in the spring. As we're going to install new structural members and would like to avoid building in stress into the laminate, we would like to do it with either more support or while the boat is in the water, so that she's not standing on her keel.

The plan at the moment is to add two new structural members one of which will be placed roughly between the two middle floor beams and the other one at the aft side of the rear floor beam. They will be only half the height, so we'll still have access to the keel bolts with a wrench from the existing floor openings above them.