The alternator had to be taken off during the heat exchanger cleaning project, so while at it we upgraded it to a brand new 70A alternator, changed the belt and installed new sound insulation. The old alternator used an external charging regulator made in the 80s which we also got rid of. That freed up some space on the bulkhead in the engine room, so we could re-arrange the cabling. 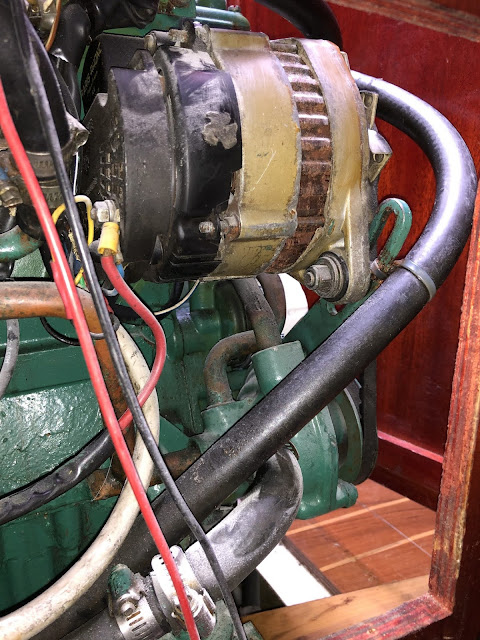 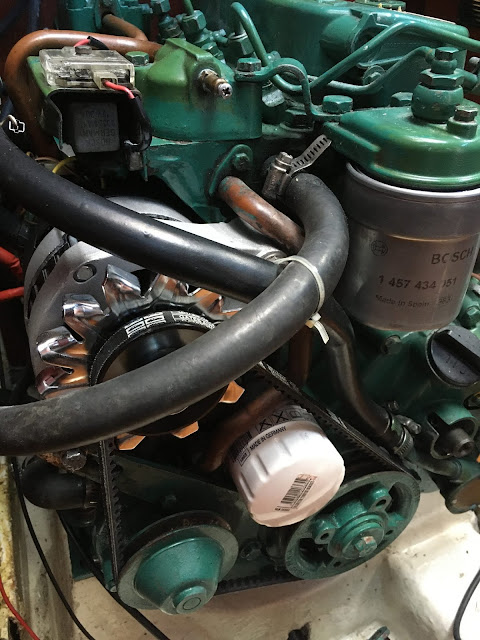 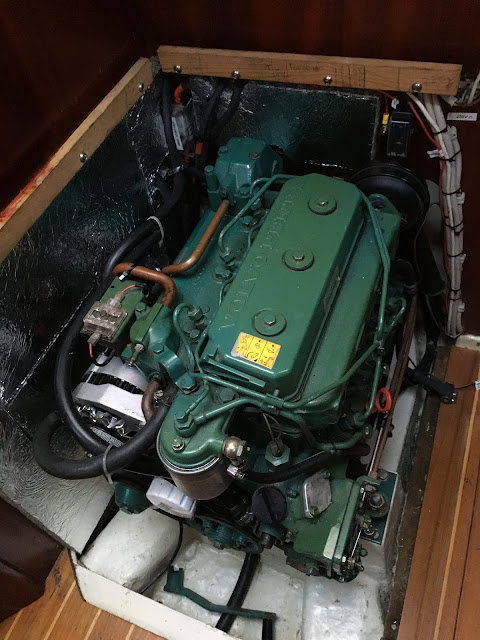 New sound insulation is on

The positive busbar was moved from above the engine to the other side of the bulkhead, where we already had the negative busbar installed. We mounted the new BlueSea main switch there too. The old 6mm2 wires to the DC panel also got replaced with 16mm2 marine grade cables and got a 50A fuse. 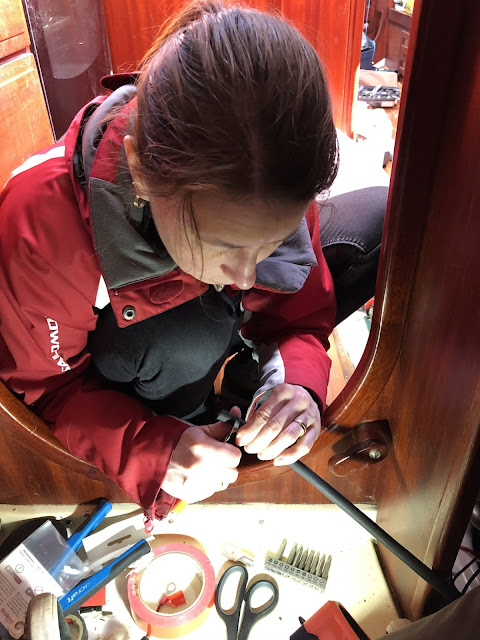 Working on the new cables 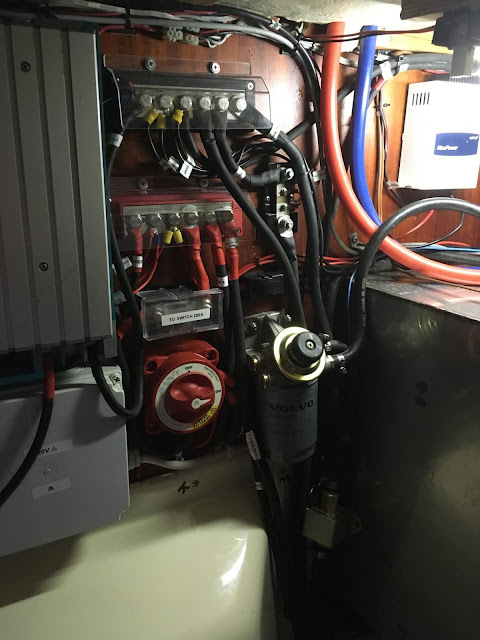 The old main switch was on the floor where someone made a large opening for it and installed the switch on a piece of wood. We were thinking a lot about what to do with that hole and if we should fill it. But then all the cables going to the new busbar would need to come up somewhere so we would need to cut some new holes somewhere else. In the end we decided to keep that large opening and modify the wooden piece to accommodate the cables and act as a cover for the opening. This way we can also have a "service" access to that area if needed. Now it just has to be painted white to look really nice. 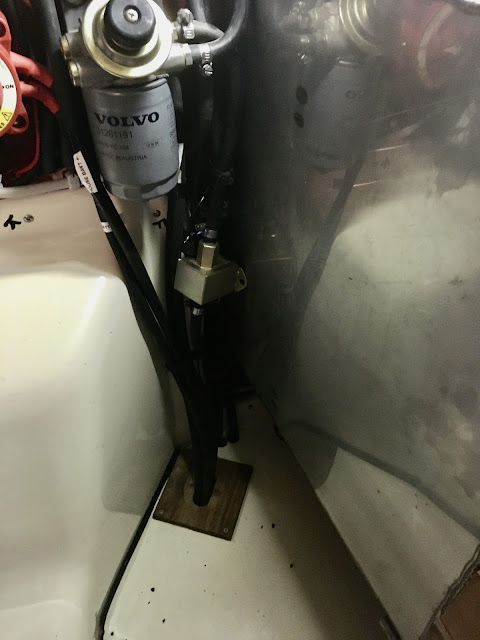 Cover for the cable opening