April 23, 2019
Spring has finally arrived and the temperature is around 10-15 degrees celsius, so we spent the weekend with installing the new skin fittings. Surface preparation takes a long time! First we sanded and cleaned everything with International Super Cleaner, then painted the areas with two layers of Danboline bilge paint inside to have it nice, clean and fresh. Then we sanded the skin fitting backing plates and the outside of the hull around the fittings, hoovered the dust, cleaned it with acetone, then rinsed with water and let it to dry. 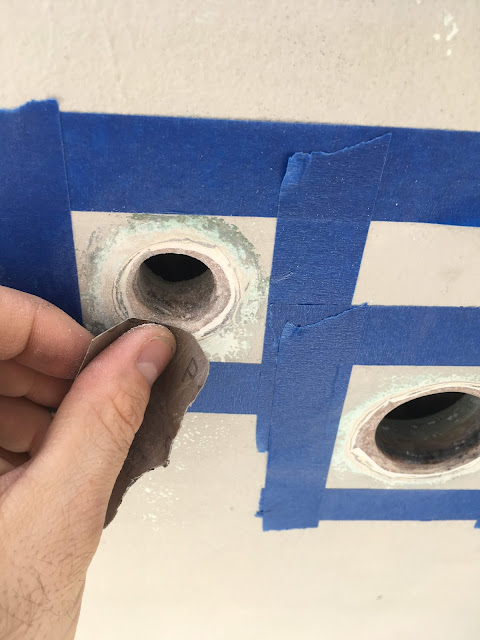 Unfortunately one of the transducers had a larger hole than 43mm and the previous owners filled the gap with silicone. We removed all the silicone and applied thickened epoxy around the edges of the hole to decrease it's diameter to 43mm, then sanded it. After reading countless of forums and articles on the topic we were hesitating between Sikaflex 291 and 3M's 4200FC as a sealant. As most of the content online are from US boaters, everyone uses and recommends 3M's products, so we're leaning towards the 4200FC too. It's difficult to find 3M's products in Sweden, we ordered it on Amazon during the winter. Unfortunately the one we got was probably on the shelf for too long, because when we wanted to apply it and opened the tube, the sealant was so thick that it was almost impossible to press it out. We had no trust in using it in that state, so we discarded the tube. But maybe it's good that it happened as the 4200 might be an overkill for the job anyway. It's not as strong adhesive as the 5200, but still very strong, maybe too strong. A marine adhesive sealant for the skin fitting job should have very good sealing, UV and seawater resistance capabilities and it should be a medium strength adhesive, so it allows for possible disassembly in the future. It doesn't have to be that strong that you will break the fiberglass and the hull if you want or need to remove it.

So we decided to go with Sikaflex 291/591, which is a medium strength marine adhesive sealant, and it's the one recommended by the chandleries and used by most boat owners for the job around here. For application it requires at least +5 degrees celsius, but to be on the safe side we waited until the daytime temperature reached 10 degrees (with around 5 degrees during the night), and turned on some extra heat inside, so the temperature in the cabin was around 25 degrees celsius at the time of the application.

We put a ring of sealant on the flange and some more on the threads, depending on the size of the fitting and how tight the hole was. When we pressed the thru-hull in, we did it in a rotating motion, so the sealant spreads evenly and made sure there is enough excess sealant when we pressed it in a bit harder. If we considered it's not enough, we put on some extra sealant on the flange. If we would do it again, we would put even more sealant on the threads. A good idea might be to measure the hull + backing plate thinkness and use that as a guide for how up the sealant should go. But we got excess to clean up at every skin fitting, so let's hope there will be no leaks. We'll see in two weeks, fingers crossed! 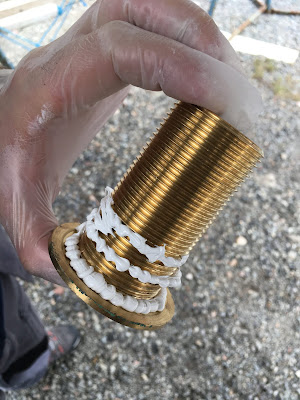 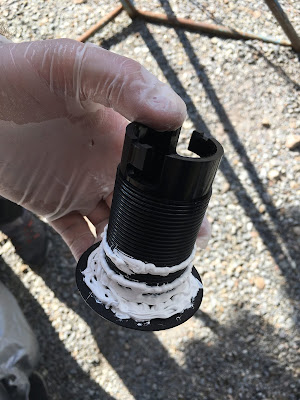 For sealing the threads we're using Loctite 577, which is a medium strength thread sealant, which allows disassembly with standard tools. One of us was holding the thru-hull with a wrench to prevent it from rotating while the nut was tightened inside. It can be done alone by using the same method and holding the wrench from inside, but the spaces are tight and the access is bad, so it's more difficult. It's always good to have a helping hand. 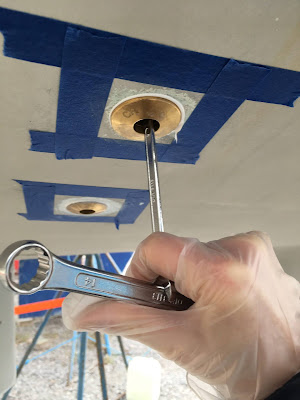 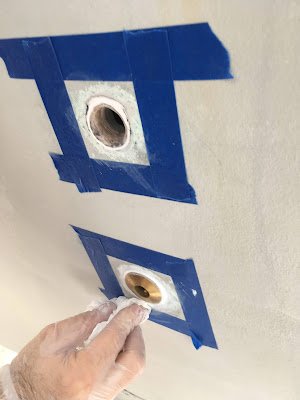 We also applied some sealant inside, around the thru-hull, cleaned the threads and put some Loctite on the threads before tightening the nuts. 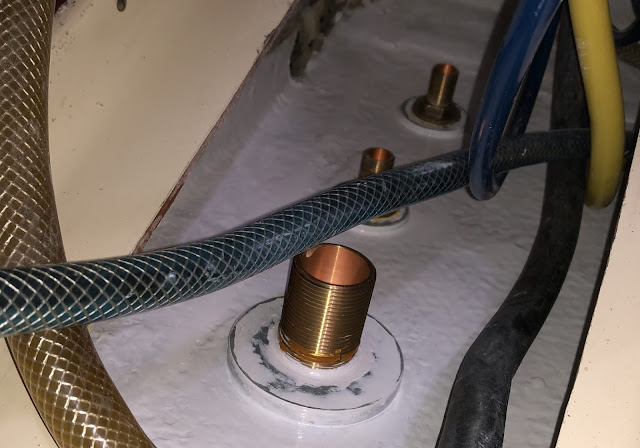 We're letting everything cure for several days before installing the ball-valves and hose fittings. 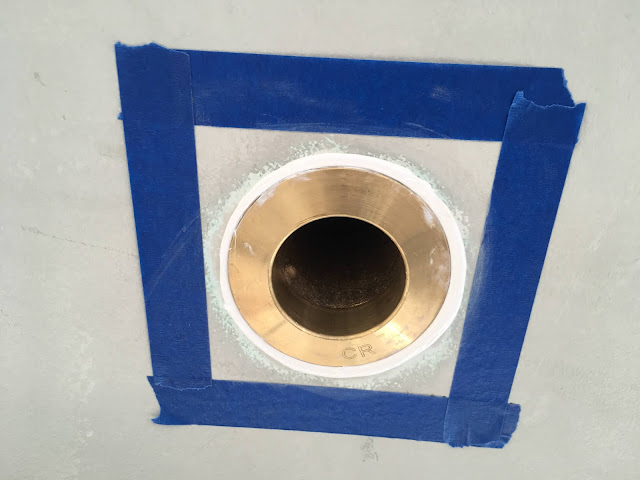