April 10, 2019
The old Silva/Nexus instruments served well for the past 30+ years, but time has taken it's toll. Now the wind display's LCD is completely dead and the connection with the wind-sensor is also broken. The log and depth sounder still works, but they lack all the bells and whistles of the newer systems. So it felt it's time for an upgrade. But what should we replace them with? 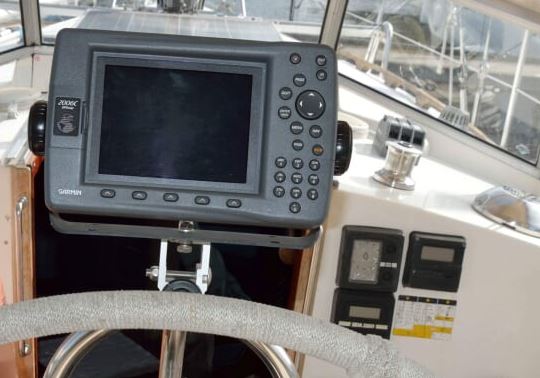 It's not an easy decision to make. It’s expensive and the various brands all have pros and cons. After careful consideration we decided to go for a Nexus compatible system from Garmin. As Garmin bought Nexus, they still offer a sail kit that uses the same 43mm transducers and exactly the same mounting bracket for the wind sensor as the old system. We hope to save some work this way, but most of all we liked the look and feel of the Garmin displays more than what Raymarine offers with the i50/i60. We also checked B&G's Triton kit, which was on sale for a little bit higher price than the Garmin kit, but they include only one display. As the Garmin kit contains two displays, the wind and log/depth/temperature data can be visualized side-by-side. We also thought that this might be the right time to change the now outdated and unsupported Garmin 2006c chartplotter for a Garmin echoMap CHIRP 72cv (no touchscreen, no transducer) model. The CHIRP series is discontinued and replaced by the echoMap Plus this year, so we could get a good deal on it, and it perfectly fits our needs. I was hesitating a bit between the CHIRP 72cv and the newer echoMap plus 62cv, due to the small price difference. The 62cv is 1" smaller and it doesn't have touchscreen either. It didn't seem that big of a size difference on paper, but I went to a local chandlery to compare and I'm glad I did. It did make a difference for us.
Here they are side by side:

The old Shipmate VHF will also retire and a Lowrance Link-9 VHF with DSC and AIS support will take it's place. The Link-9 was released this year and replaces the acclaimed Link-8. Most of the shops were still selling the Link-8, but we found a small online shop that had a sale on the Link-9 offering it for the same price as others the Link-8. With the new VHF we can get AIS information along with the data coming from the transducers to be available on the chartplotter screen as well. The Link-9 has built-in GPS that it can use for DSC, but it can also receive the GPS data from NMEA2000 network. 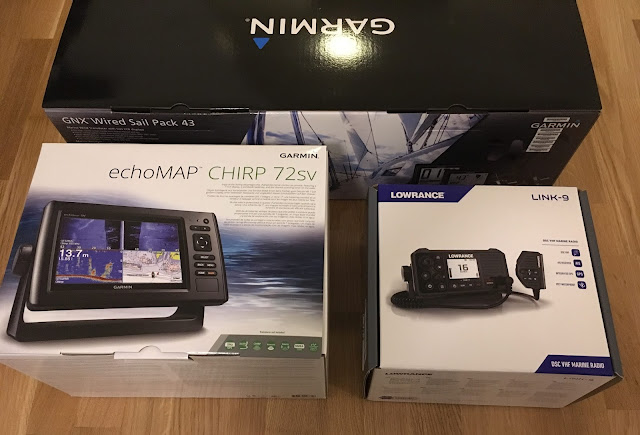 The Autohelm ST4000+ autopilot will stay as long as it works and we can keep it alive, however we plan to add an ActiSense NGW-1 NMEA2000 to NMEA0183 converter so that the wind and waypoint data can reach the autopilot too. Here is the plan for the new arrangement:

The 43mm transducers and the gWind sensor are still using the Nexus interface internally, Garmin just added a Nexus-to-NMEA2000 converter to them. The transducers have the converter on their cable, while the gWind connects to the GND10 black box bridge. The GND10 has two Nexus connectors, so it can handle an other legacy Nexus device (if there is any on the boat) and it has a USB port too, which allows computers to be connected. It can be used for calibrating the sensors, updating software over NMEA2000 and some PC applications like NexusRace, Expedition, Adrena or SeaTrack can communicate sailing-specific functions between Nexus and NMEA 2000 networks.
We thought it's good to try the instruments at home before jumping into assembling everything on the boat. If something is clearly faulty, we can return it right away. But the problem was that we had no 12V power source home. Either we buy a small 12V battery (an MC battery for example), but then we'll need a charger too, or we find a 12V adapter. We ended up getting a cheap 12V adapter intended for coolboxes. It has a cigar connector and we could quickly wire a cigar plug to the end of the NMEA2000 power cable. 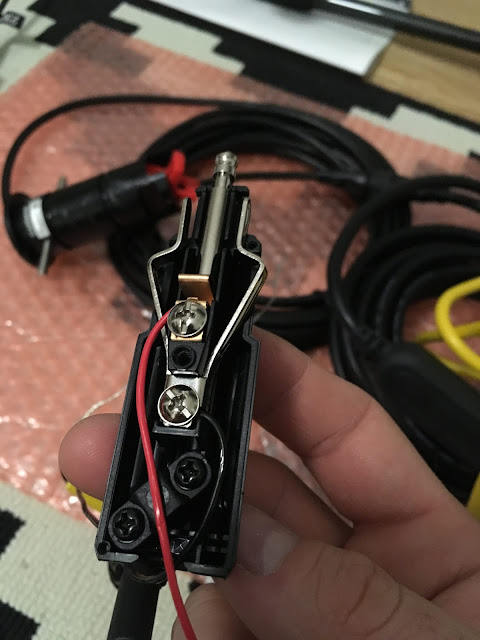 Just to be safe, we checked the voltage output of the coolbox adapter with a multimeter before connecting it to the NMEA2000 bus. Everything looked good, the system powered up. 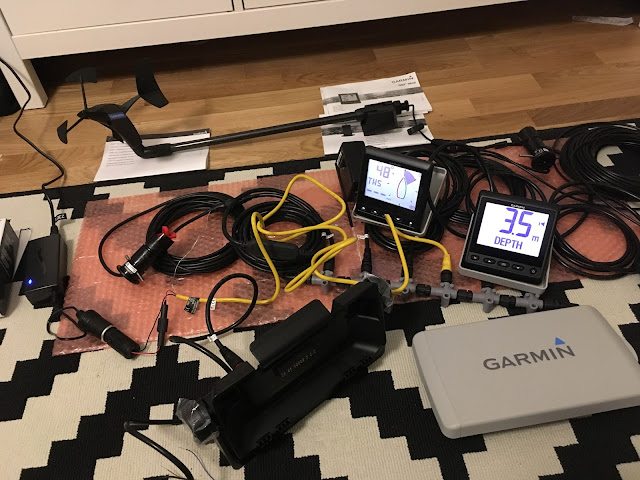 The depth sonar immediately started 'clicking' to find the distance. The wind sensor also responded right away. The log however doesn't reacted for manually spinning the wheel. According to the manual it may be normal, they claim the transducer will not work outside the water. The GNX20 display can see the transducer on the network, so let's hope everything is as it should be. We're going to install the transducers in the following weeks. If the log turns out to be faulty, it's very easy to take it out and we can probably still return it in the fall when we haul out the boat for winter.

Update: the log also works, but it needs to be calibrated first, which we did on the first sail.