June 26, 2019
We got three new 100Ah deep-cycle Marin AGM batteries. We choose RitarPower's RA12-100 as they claim it's suitable for deep cycle use, recommended also in UPS/EPS, medical equipment, emergency light and security system applications, and have a 10 years design life in float service. We also considered Mastervolt's MX-series, which is a bit cheaper, but according to Mastervolt, it has a much shorter (3-5 years) design life. 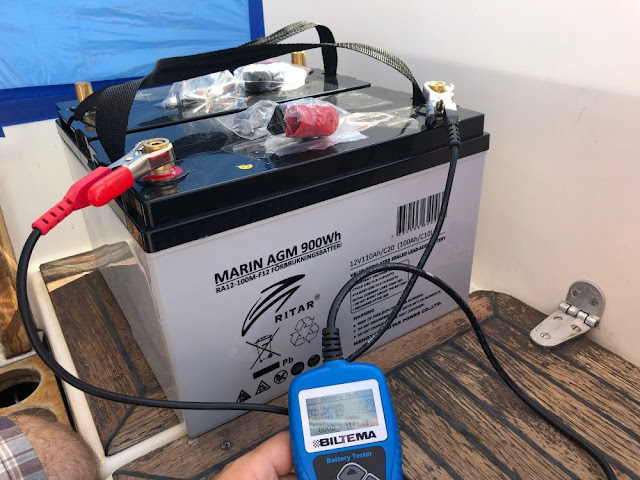 Not sure if the Ritar will last that long, but if we can get 1-2 years extra out of them, it's worth the price difference. After a long and careful consideration we decided to place the house bank in the aft cabin, right next to the engine room bulkhead. The starter battery will reside on the other side of the bulkhead, in the engine room, behind the steering rod, were it was placed by the factory originally. 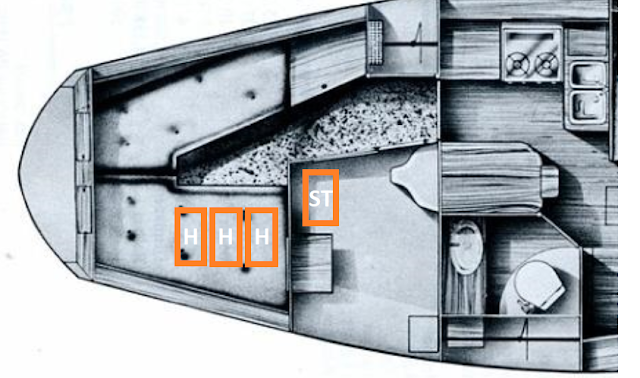 The storage area in the aft cabin is just large enough to accommodate the three 100Ah batteries. The steering rod is going through this area, so we also checked if the movement of the rod wouldn’t reach the batteries

We placed them so that there is still plenty of room between the steering system and the batteries when the rod is at it's closest to starboard. I made a shelf of plywood based on a cardboard template and test fitted it. Looks promising so far. The next step is to fix the batteries in place and connect everything, replacing all the cables and connections that needs to be replaced.