June 24, 2020
Most people celebrate midsummer in Sweden by raising the maypole, we did it by raising the mast. We sold the old and worn Furlex Type B MK2 during the winter and was planning to install a new Furlex 204S during this season. Unfortunately we didn't take exact measurements of the old forestay length before selling it, so this project became an adventure too. For our excuse we did measure the old forestay, but the wire was inside the luff tubes in the storage along the mast and later we considered that was not exact enough. We were not hundred procent sure that the old Furlex was the correct length either. 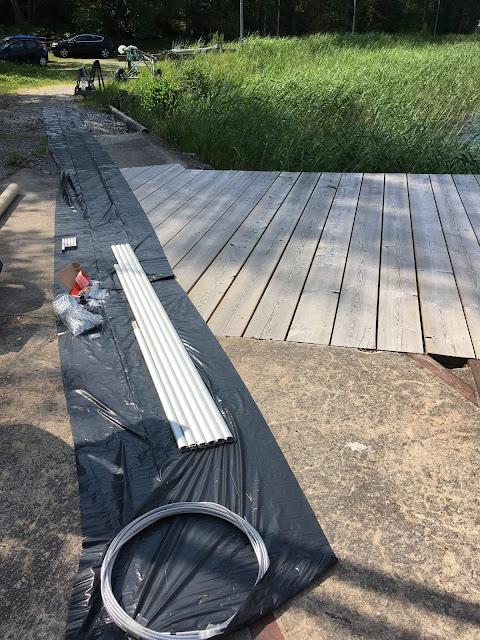 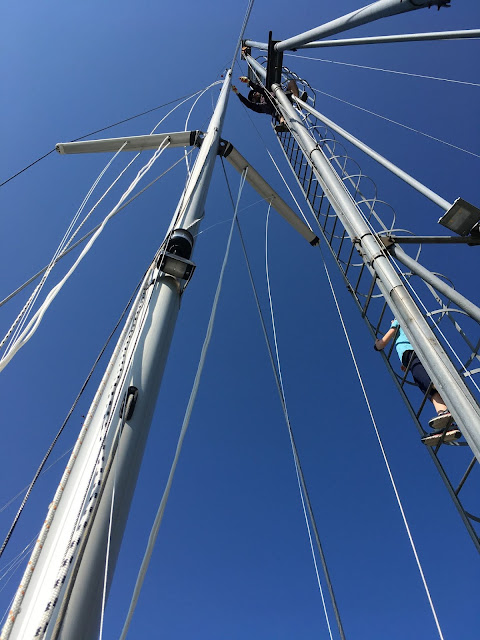 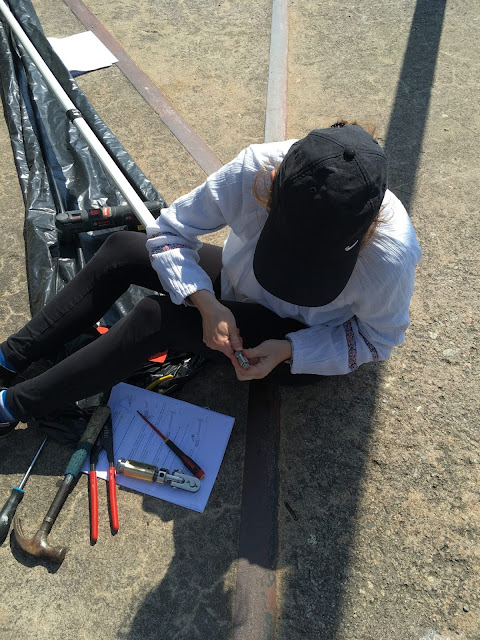 So we raised the mast with a temporary dyneema forestay which we can measure easily. We tried to set the mast straight with little tension with the temporary forestay. We took measurements twice with a 20m measuring tape and after hours of fiddling around took the courage to cut the new Furlex extension tube and wire. Assembling the unit took double the time as we originally thought (as always with boat projects). When it was finally finished, we used a spinnaker halyard as a second temporary forestay and raised the new Furlex to it's place with the dyneema line. The new Furlex came with a rigging screw terminal, which allows a little bit of flexibility on the forestay length, bit it was still a huge relief that it was a fit. There was a little problem however. The new unit's drum is larger than the Type B was, and it was in the way when opening the anchor locker lid. We solved this by adding an extension toggle to raise it from the deck by 4cm. This could be well compensated by tightening on the rigging screw and now the anchor locker opens nicely. 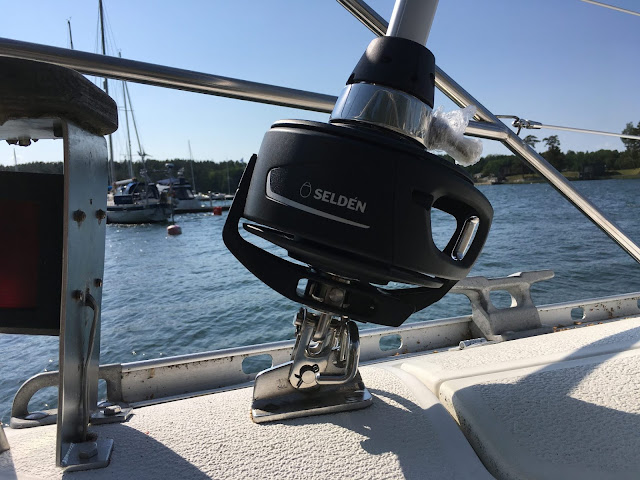 The new drum a bit too close to the lid With the toggle added

We've spent the rest of the weekend by tuning the rigging. The new Furlex works like a charm. 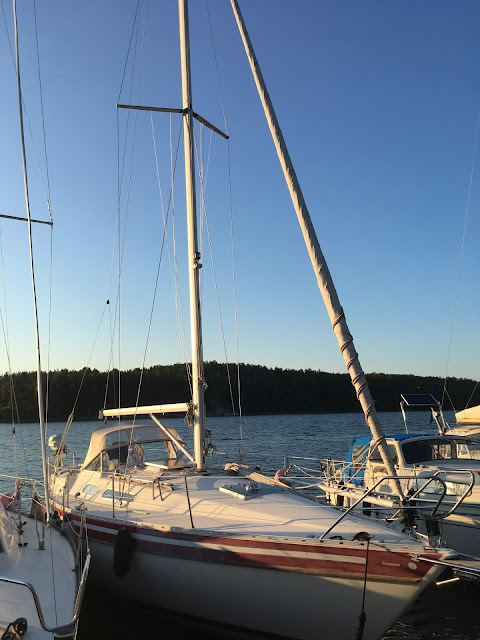