October 10, 2019
We had an old "water heater" that came with the Gastherm heating system, which had no electric heating element inside, so it was more of a warm water storage where the water was heated by either the engine or the propane convector. Unfortunately it got frost damage earlier as one of the previous owners probably forgot to winterize it. It was time to get a new one. We chose the Isotemp SPA 15 which is a perfect fit to the same place where the old unit was, in the engine room. It also has an electric heating element, so the water can be heated from shore power too. 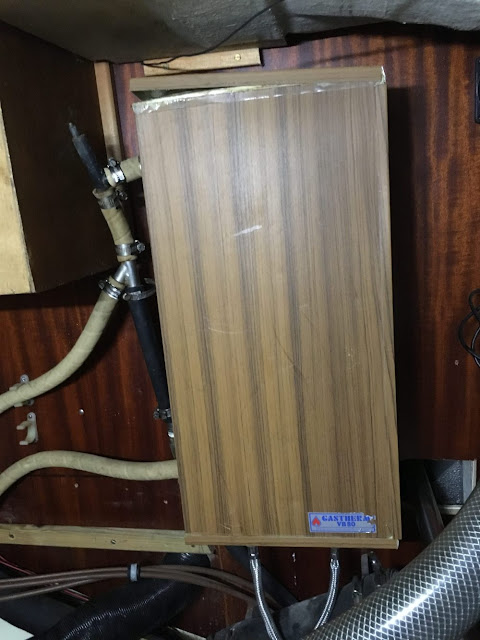 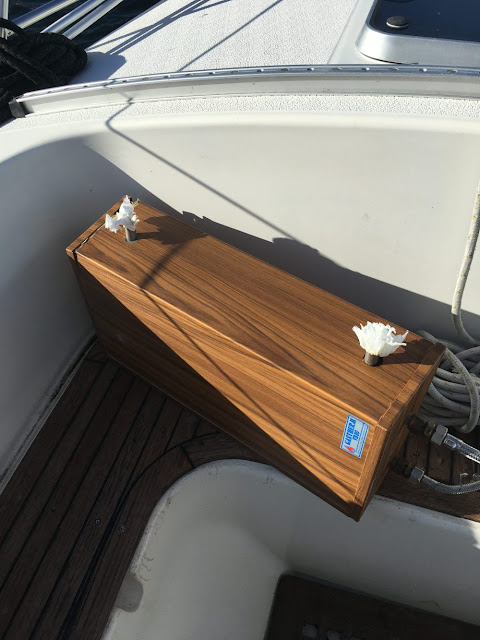 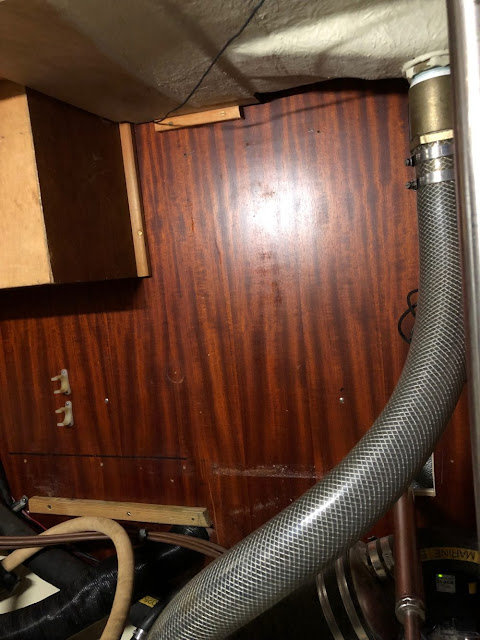 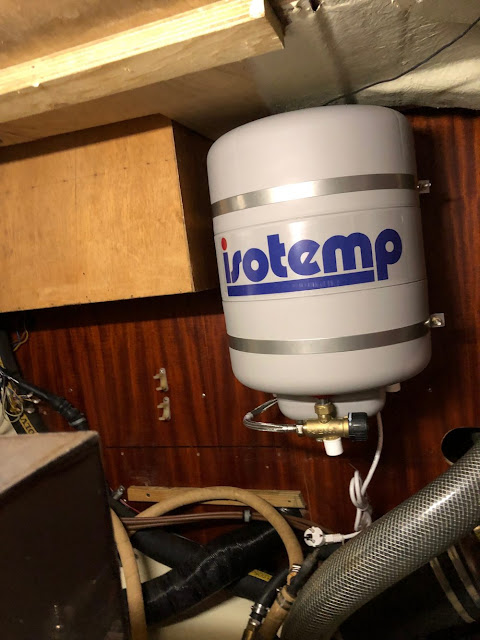 When we started the plumbing job we realized that this might be a good opportunity to replace all the old water hoses and taps. The old system was built on PEX tubes with metal fittings, that all corroded and the pipes were not even colored, hot water was blue too. The old taps were regular household taps and quite rusty already. So as usual, it became a larger project than we first anticipated. 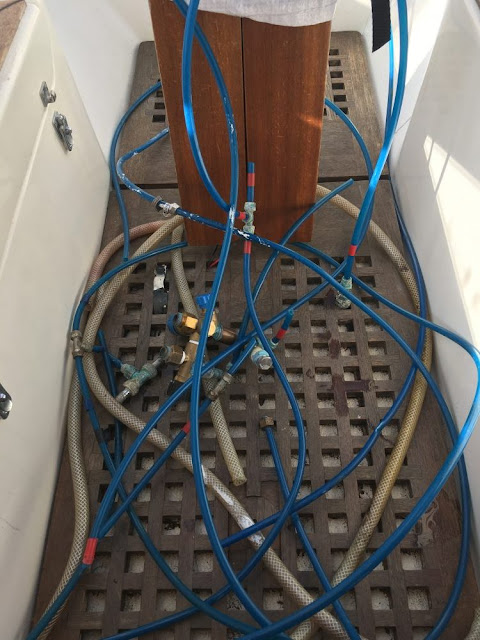 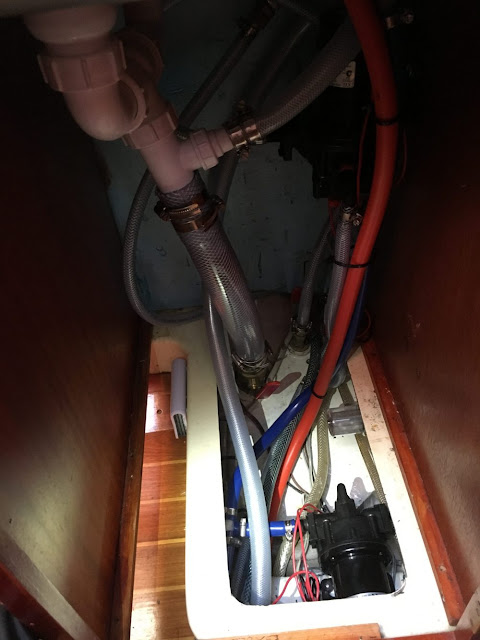 We considered replacing the hoses with a new PEX tubing with plastic fittings or with Whale's 15mm QuickConnect system, but it would cost a lot more due to the expensive fittings and adapters to the taps and it would be more cumbersome to repair later on in case of any leaks (would it be easy to find the exact same Whale fittings in many years?). 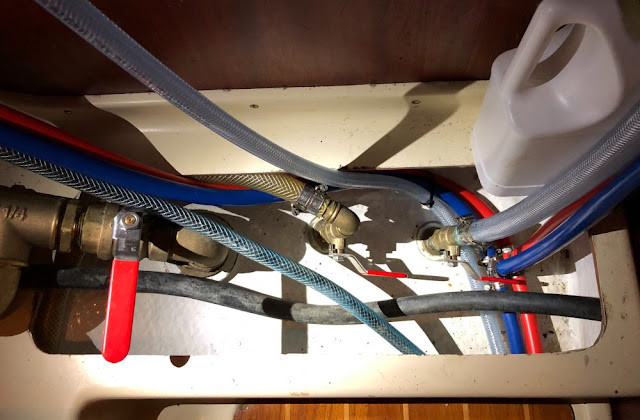 So in the end we decided to build the new system from regular water hoses and got 2x10 meters of new food and marine grade armored hoses. We also got four new marine grade taps (fresh and raw-water in the head and the galley), and a new Johnson freshwater pump because the old one was not working. The pump got a filter on the inlet side too to prevent any debris from the water tank damaging the pump. 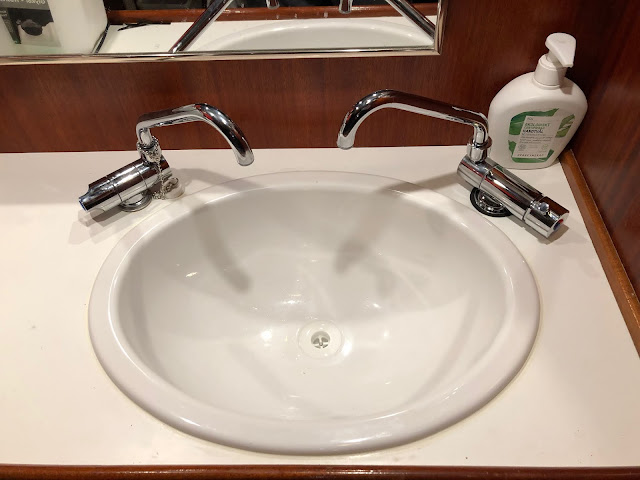 The old sink in the head had a crack in it and was leaking. Fortunately we were able to find the exact same type of sink in a webshop (Sunwind) which was a perfect fit.