April 27, 2020
While waiting for the weather to warm up we decided to give the saildrive some care. The bottom leg had paint flaking off so it was time for a new paint. I used Interstrip to remove all the top layers of paint, then sanded the whole thing down to a smooth finish, exposing bare aluminium at many spots. Then I cleaned it with SuperCleaner followed by vinegar to provide some acid to the surface and act against corrosion. Rinsed it off with warm water, let it dry, then started applying International's Interprotect two part epoxy paint shortly. It got 5 layers of epoxy paint, then 3 coats of Trilux antifouling. I tried to protect the internals of the drive during the whole process, so I taped down all the holes and covered all openings. After the paint job was done, I used a can of air duster to blow out any dust residues. 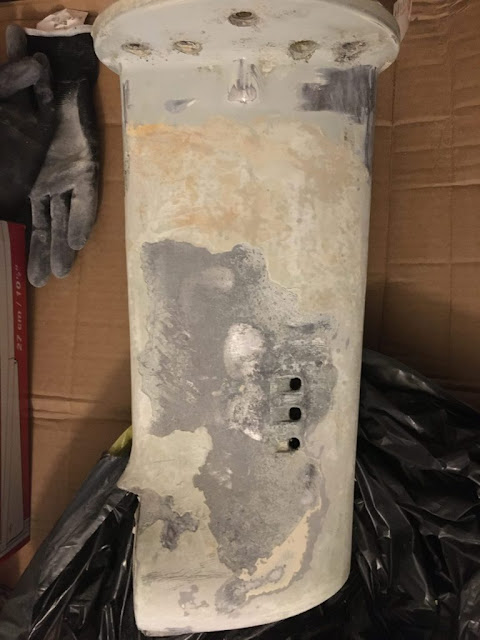 After interstrip paint remover and scraping 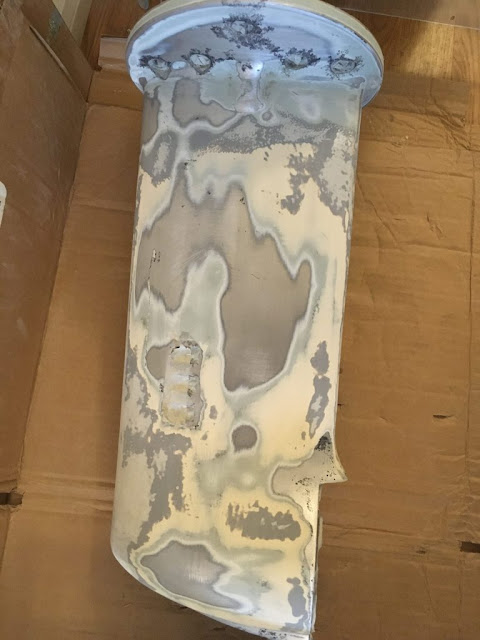 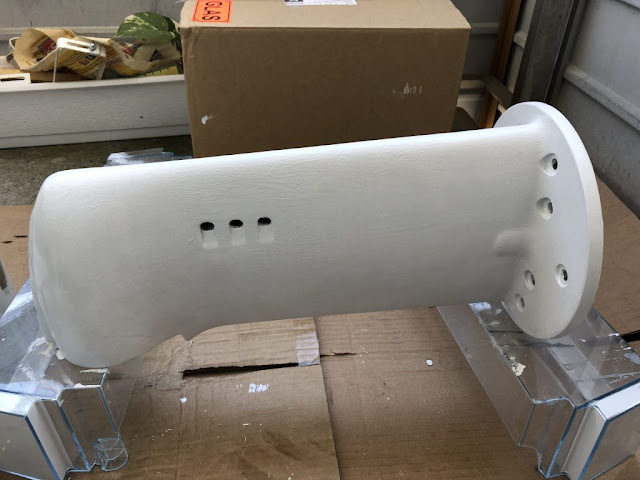 Three layers Interprotect is on 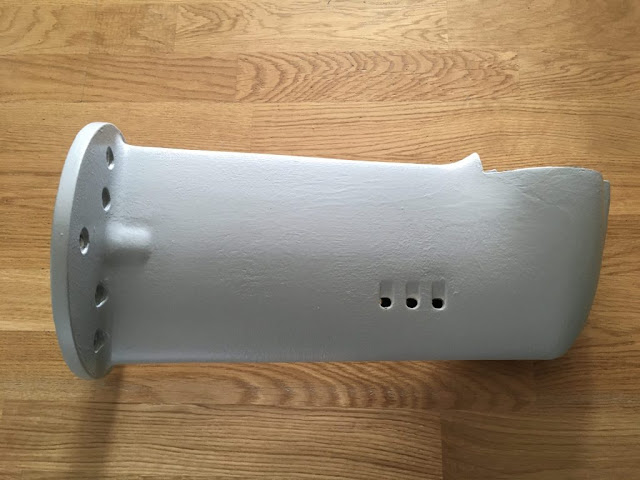 Ready to be reinstalled

The adjusting ring was also rusty, so we sanded that too till bare steel, then treated it with rust eater (phosphoric acid). It got International's Yacht Primer, then several coats of Danboline to give it resistance in against oils and other chemicals. 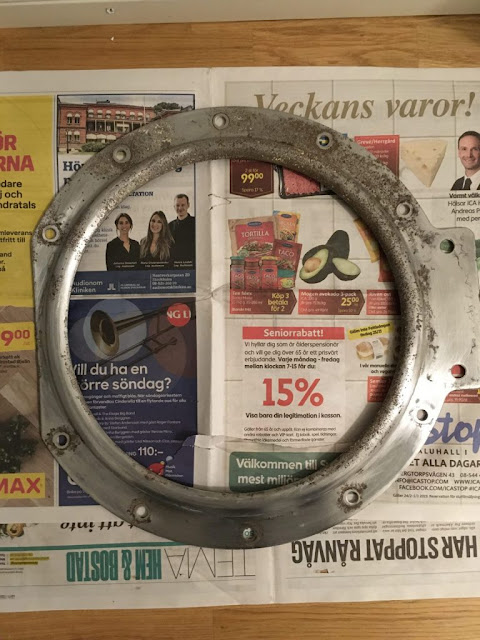 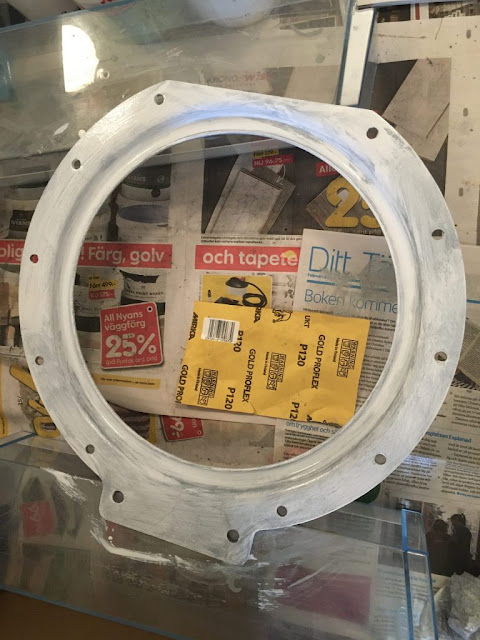 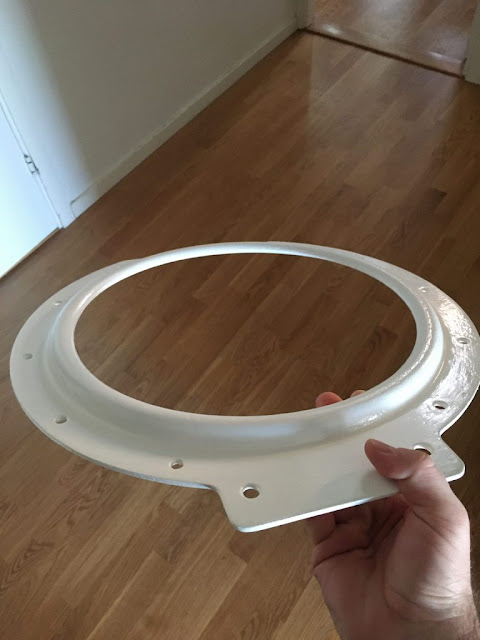 The propeller shaft seals were also due to replacement. I got a kit from Volvo Penta that comes with the two new shaft seals, new o-rings and a new oil plug/screw. Getting out the old seals were not as hard as I thought, I just had to heat the metal housing to make it expand a little, then I could use a properly sized socket (34mm, a 35mm would be better but I couldn't find one) and a hammer to get the holding metal ring and the old seals out. Then I sanded the outer surface of the housing and treated it with VC Prop-O-Drev primer.

The new seals got a little bit of transmission gear oil to help them slide into position, then I used the socket and a hammer to slowly hammer them in, then the shimms and the metal ring, which I hammered down using a wrench covered in paper as a leveling tool. 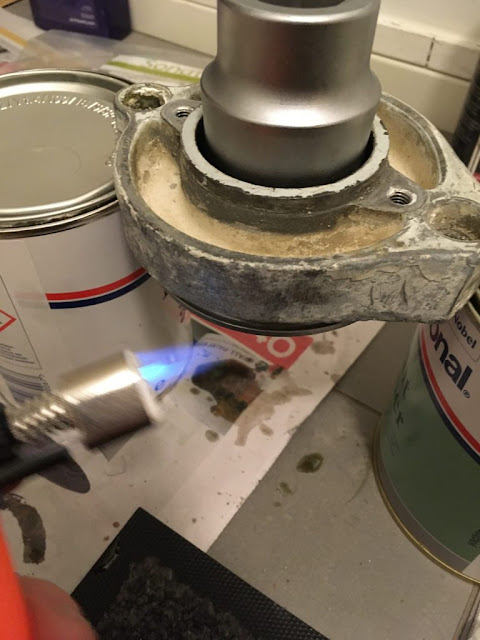 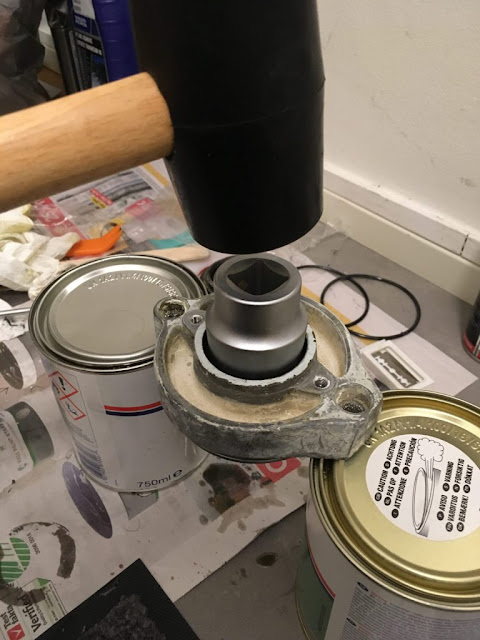 Getting the old seals out 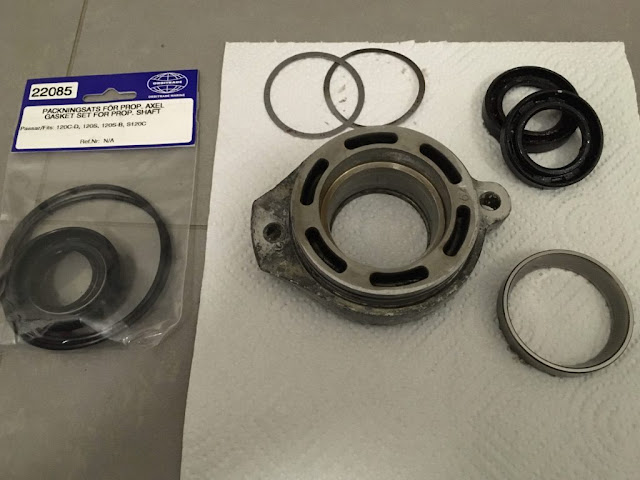 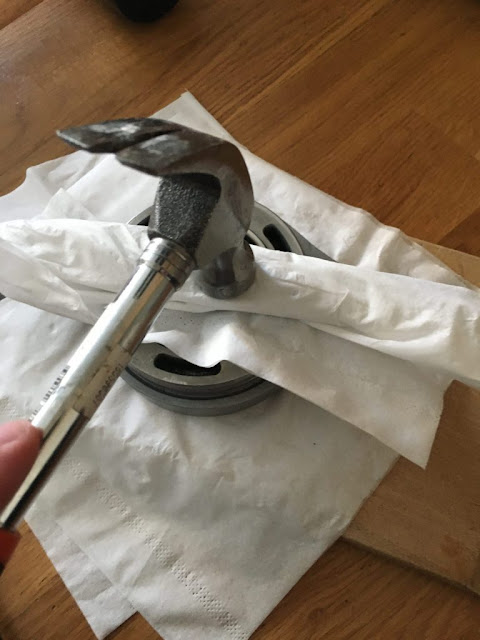 Hammering in the shimms/holding ring 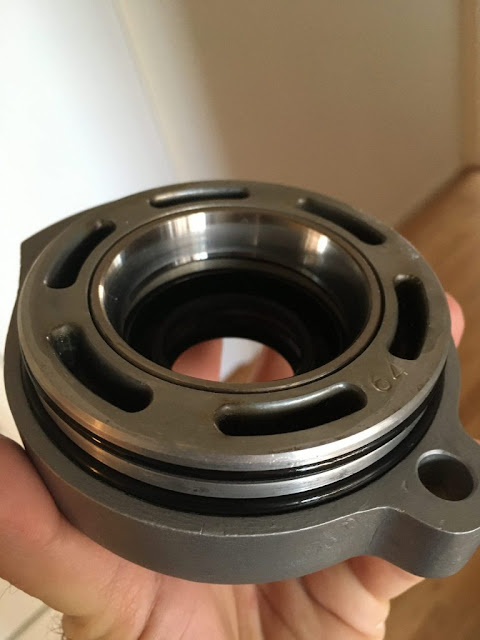