August 27, 2019
The Scanmars, at least the SC33 and SC35 that I'm aware of, are infamous of developing a swinging/pendulum keel due to the lack of structural members in the bilge that could prevent the hull from flexing sideways at the hull to keel joint.

Here is an article (in Swedish) that mentions this problem (svajköl) and here is another one from a surveyor who claims it's a weakness in the construction.

The "stringers" on these boats are only floor beams, that are not going down deep enough to the bilge to act as a structural element. If the boat had harder groundings the attachments of the floor beams could delaminate from the hull, making the hull-keel joint even weaker and the swinging keel symptom worse.

When we were on a boat hunt we've checked out almost all the SC33 on the market at the time and paid attention to how their bilges looked like (and in the end bought a SC35 without reinforcements 😄). As the bilge on the SC33 and SC35 looks very similar, I thought it might be interesting to see how the bilge looks like on various Scanmars.

Some owners were claiming that there were no symptom of swinging keels, (we couldn't verify the claims though without lifting the boat). Others reinforced the bilge either on their own or done by a yard. To be able to spot a swinging keel, the easiest way is if the boat is lifted and moved around a bit by the crane to develop enough momentum. If the crane is a rolling one, standing on the ground around the boat (to prevent the whole boat from moving), it's also possible to push the keel hard and spot a few centimeters of play. Note: the play may also come from loose keel bolts, so double check those too.

I also heard that the issue is affecting only the first two years of production, later the yard claimed that they reinforced the construction and eliminated the issue. I'm not convinced about this as many owners did reinforce their boats even though they were from 1984 (4th year of production) and we saw boats from 1984 without any reinforcements too. 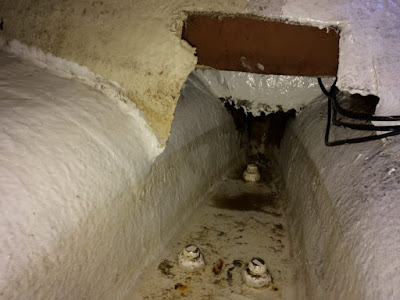 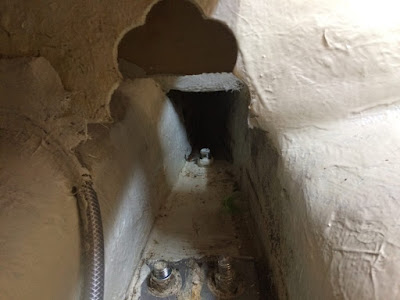 Another Scanmar 33 bilge, probably original, without reinforcement. Interestingly the floor beam is even weakened by "hole drills", not sure why or if it's original (to have more storage in the bilge, or to have better access to tighten the bolts?). 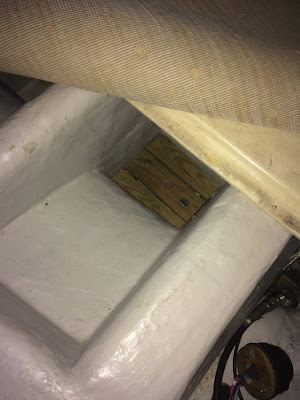 This example of Scanmar 33 is from 1983 with added reinforcements. The floor beams are glassed down to the bilge and a "new" structural member (the thinner one on the left) is added. 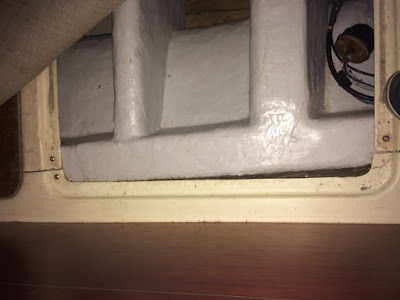 Another view of the same boat's bilge, note the cut in the cabin sole that had to be lifted to gain access to work on the other port side of the reinforcement. 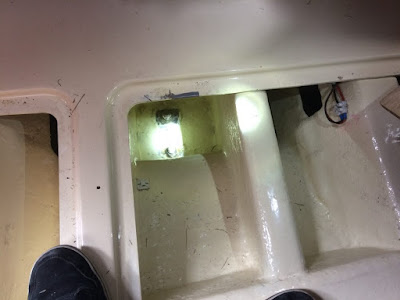 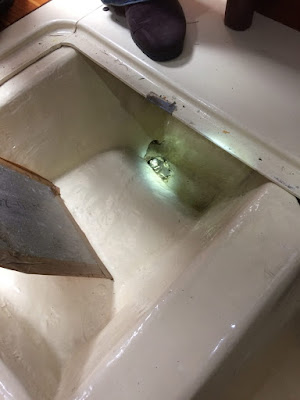 Different angle of the same boat, with better view of the glassed down floor beam. 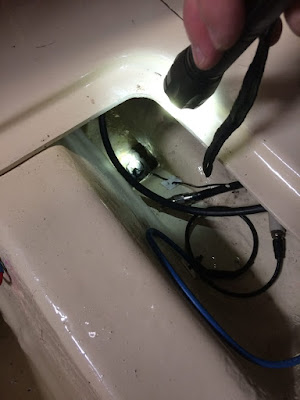 Same boat, the smaller "beam" towards the bow is original, it's the platform where the keel steped mast is standing. Looks the same on our Scanmar 35 too. 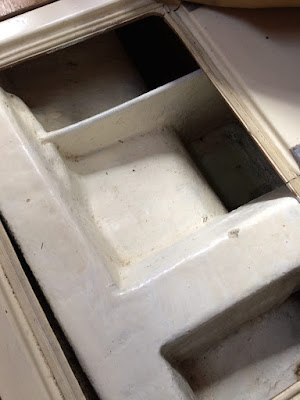 This is another Scanmar 33 where reinforcement was added possibly to prevent the swinging keel. I assume this work was done by the owner. Thin, small beam glassed in between the original floor beams, the cabin sole was cut and lifted. 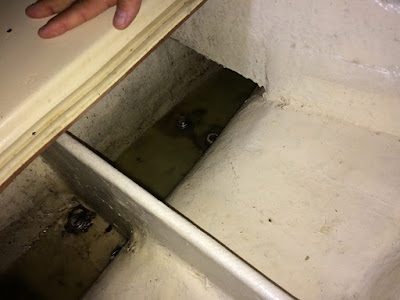 Same boat, I sadly forgot to note the production year, but I think it was from the first few years. Better view of the added beam and the original floor beams here. 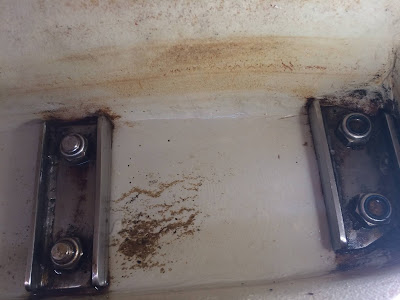 This Scanmar 33 (year unknown) had reinforced stainless steel plates under the keel bolts. I think they didn't change the keel bolt rods to longer ones. At the plate towards the bow (on the right) it seems that the bolts are not long enough to properly secure the nuts, also it looks like there is some delamination above the plate at the corner. Could be due to a grounding? 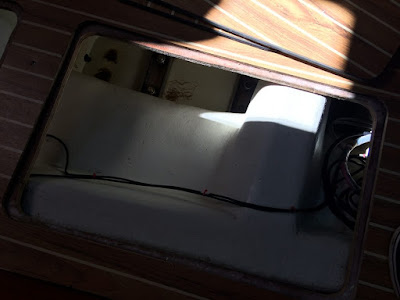 Same boat with the reinforced keel bolt backing plates. The beams were also extended down to the bottom of the bilge (on the left).

During the fall we're planning to reinforce the bilge on our boat by laying extra layers of fiberglass over the existing beams to have a strong bond to the hull and possibly bringing them down to the bottom of the bilge. We also have to consider keeping the access to the keel bolts, which are basically M20 stainless steel threaded rods screwed into the keel and secured with a backing plate and a nut inside. We're also thinking about adding an extra, smaller structural member. I'm not sure yet if we can manage do it without cutting the cabin sole and/or removing parts of the interior. Stay tuned.