May 28, 2020
While the saildrive was out we took the opportunity to replace the original shitty plastic seawater intake valve on it. Removing the old valve was easier than expected, it just took a large enough adjustable wrench to break it loose and unscrew. We installed a new DZR/CR brass ball valve with Loctite 577 in it's place. 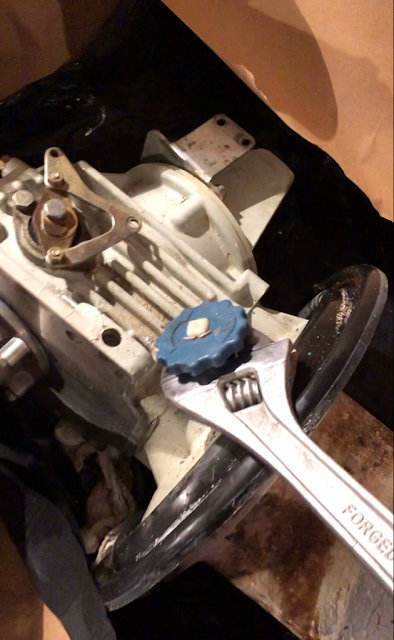 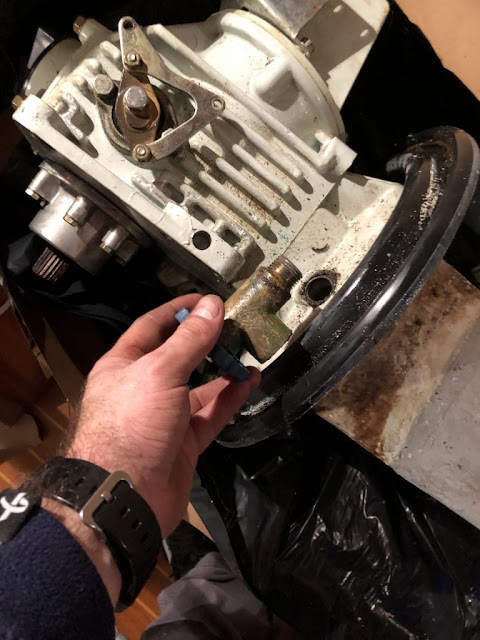 Saildrive reassembly went according to the manual. The only change we made is that we added a thin layer of Loctite MR5922 (which is basically the same as Permatex) to the old aluminum surfaces to get a better internal seal, carefully making sure it doesn't get on the rubber diaphragm which has to be a dry-seal. We tightened the screws with a torque wrench to the specified values and replaced the wire lock. Then reinstalled the prop-shaft seal and the anode, which we tested with a multi-meter to see if it has a proper connection. 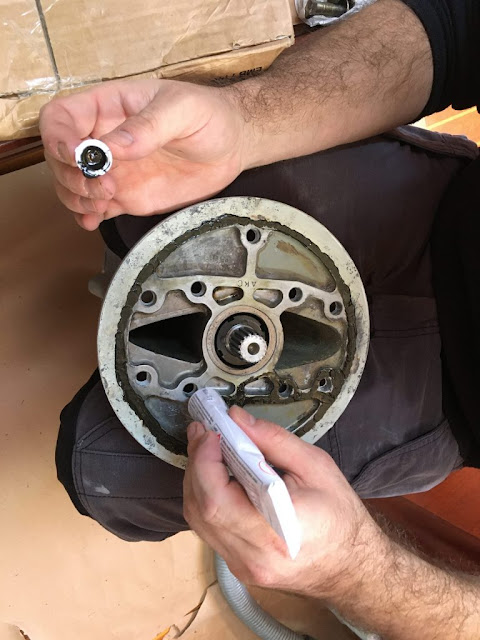 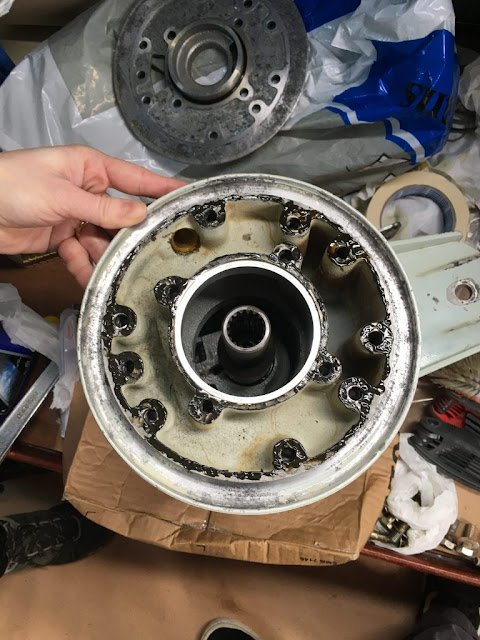 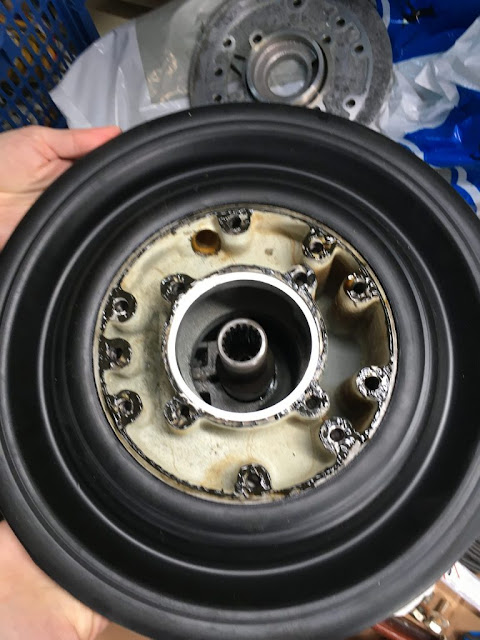 The saildrive-bed was cleaned and painted with Interprotect. The top part where the seal connects was cleaned with acetone, then washed of with clean water several times and let to dry. Reinstalling the drive to the well was not easy even though we have very good access to the area. The drive is heavy and it requires lots of force to keep it in place and wiggle it to the right position while a second person adds support from below. We supported it with a piece of wood. After that it was possible to add the aft drive mount, so it only needed support from the front, which we solved by using an adjustable strap around the keel, pulling the drive forward and making it aligned with the engine. Then we lifted the engine up a few millimeters with an other adjustable strap hanging from a piece of wood from the companionway hatch, so we could move it more easily. 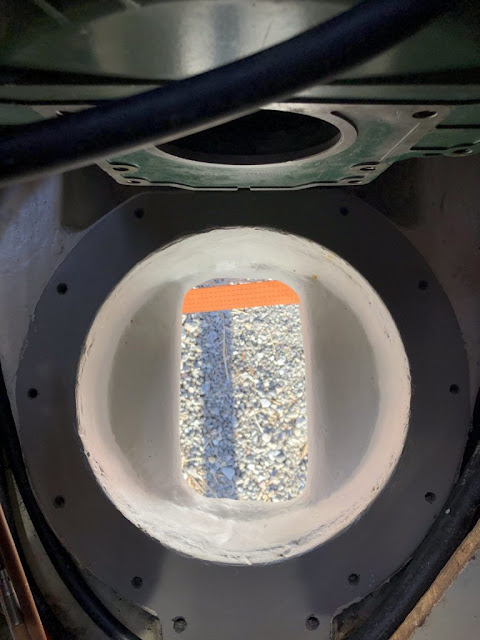 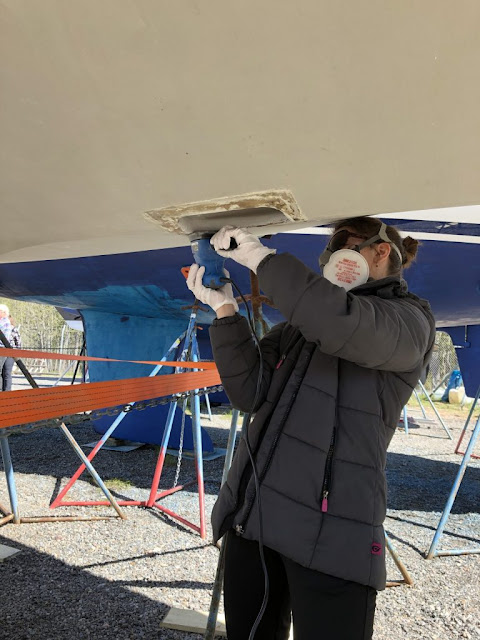 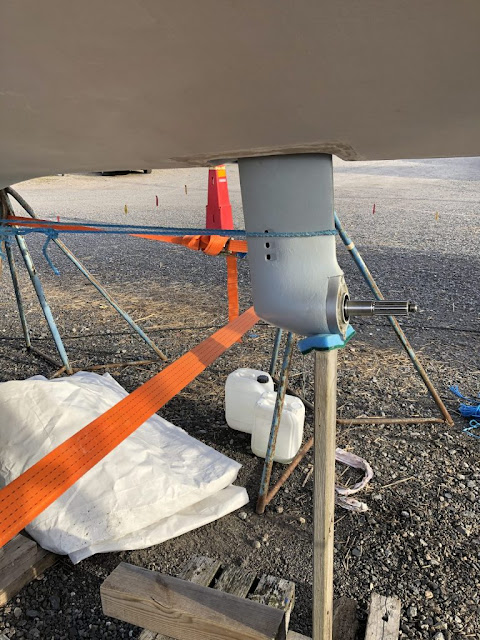 Reconnecting the engine and saildrive went quite easily after this, we had to wiggle a bit with the front engine mounts to make it centered so all the screw holes get aligned. The saildrive rubber cover was glued with Sikaflex 591i to the hull after careful surface preparation. 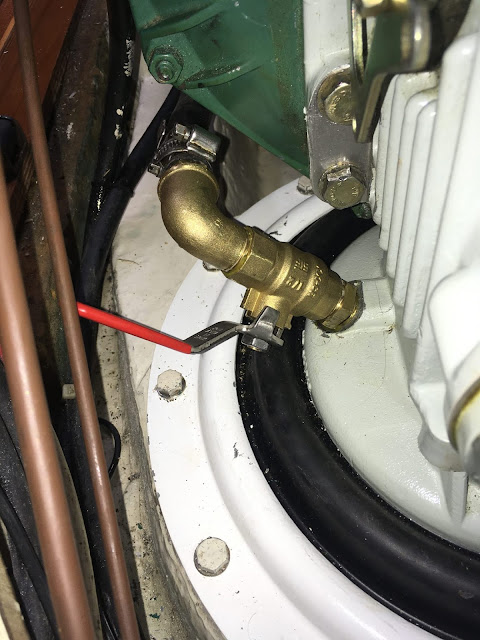 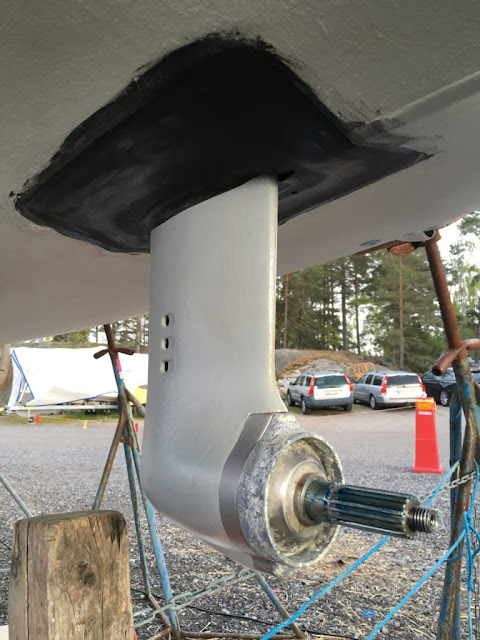