August 03, 2020
It was time to get rid of the old UV damaged red stripes on the topsides of the hull. We tried several methods to remove it. Heating it with a heatgun, using aceton and some glue residue remover, but there were several layers of vinyl stripes on top of eachother and non of these methods worked, the stickers were disintegrating into very small pieces and it would take forever to scrape them off. 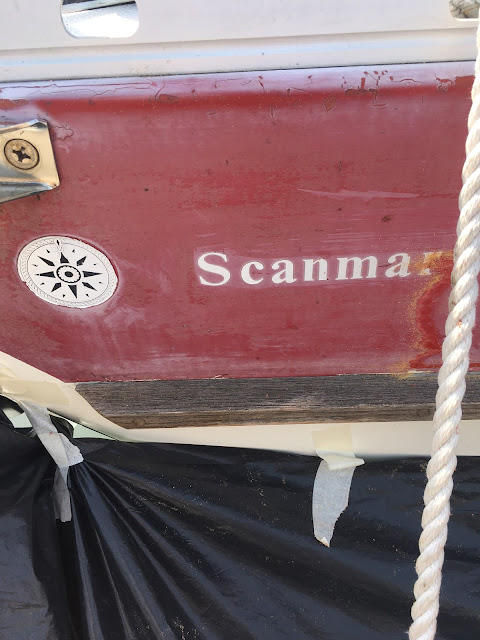 Old UV damaged stripes
The only way we found to be effective is sanding it off with rubber disks on a driller. We used up 8 rubber disks during the process and tried two different types, the one with stains and the solid. The idea was that the stainted disk produces less heat and will not burn the gelcoat, but it didn't really matter. The cheapest disk does the job well too and the gelcoat didn't get burned. The whole project took at least four days for two of us with two drillers and we were exhausted. 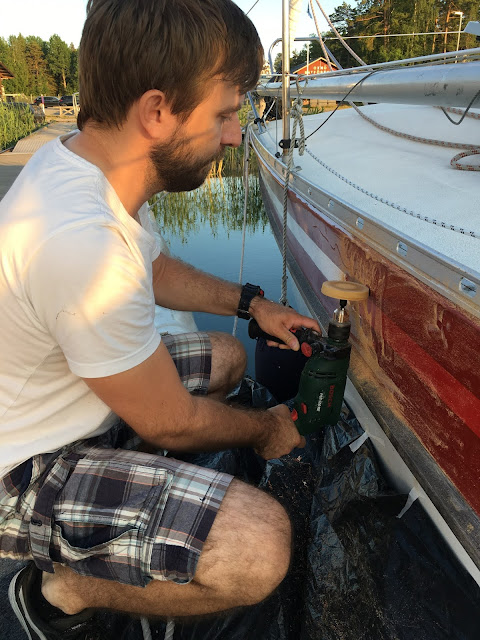 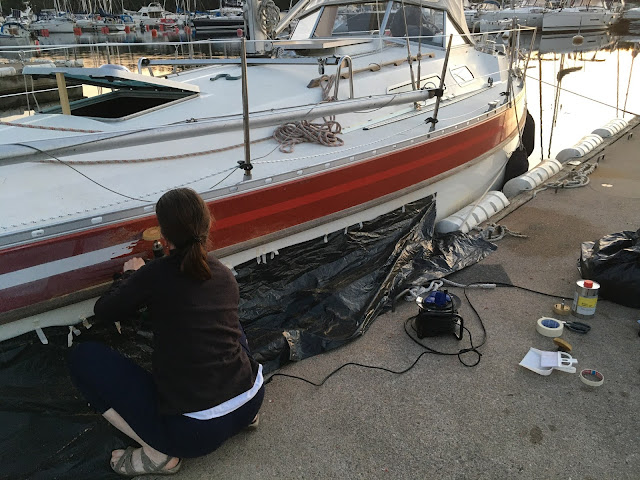 We found the original red gelcoat to be in a fairly OK condition, there is a color difference in the middle though due to an old white stripe.
We're considering two options now as a next step during off season. To wet sand and polish up the old gelcoat and if there is still a big color difference add a new white stripe in the middle. Or paint the whole thing with a new 2-component topcoat. 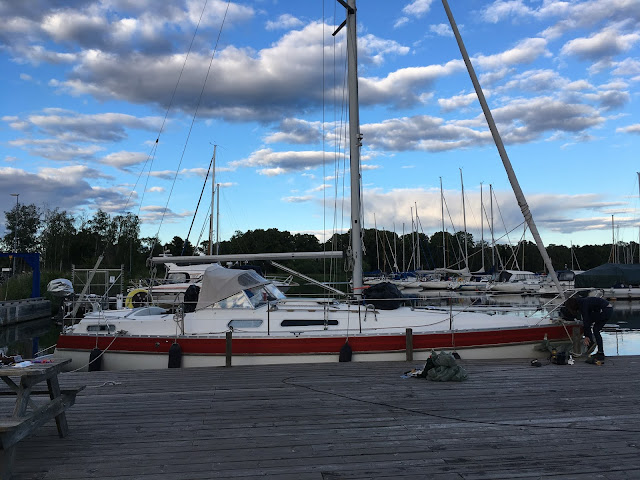