While on the old panel all the fuses were on the panel itself, the new panel has only the rocker switches that are fused so we had to do some extra rewiring work, which was very much needed anyway to clean up the mess.

We installed a new slightly larger plywood over the small plywood that was glued to the the hull, to accommodate the two new fuse boxes and the new busbar. One fuse box for all the circuits that doesn't require a switch on the panel, like the interior lights, and an other one for those that lead to the panel but where the switch is switching more than one circuit at the same time, like the NMEA 2000 power and navigation. Those circuits got separate fuses too. 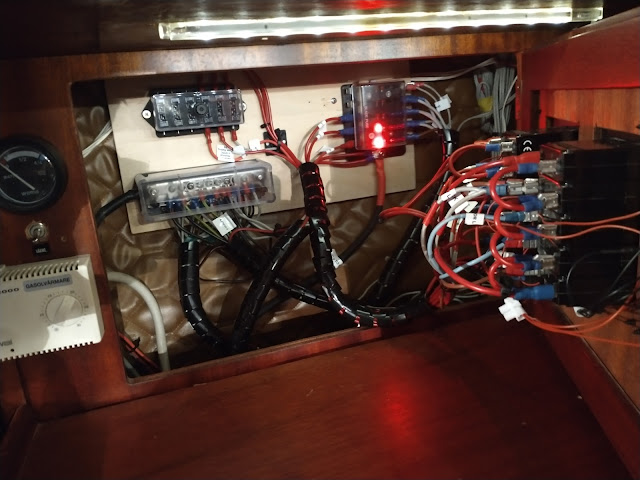 We also installed a new negative busbar from BEP (Zbus) with 18 terminals as the new panel has only positive connections. We did some cleanup in the wiring and tried to label everything as well. We used a cheap cable collector from Jula to help leading the wires together with the option to quickly remove if it's ever needed.

We added a cigar outlet and two USB outlets from Sutars below the panel.

What remains is to install the properly sized fuses in the fuse boxes and test everything. 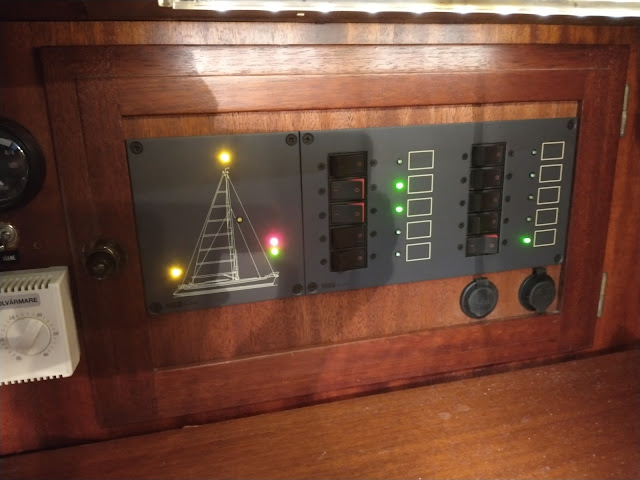