Should we give her a new name? We were discussing this and looking for a better name for almost a year.

When the transom and red-stripe renovation was close to be finished we were pressed to make a decision on what sticker to order. We're after a feminine name that's easy to pronounce, has a good sounding and some more meaning for us. There were several contestants, so the family had to vote.

Our choice was inspired by the character of Katie Scarlett O'Hara from the book/movie Gone with the Wind.
We can relate to the character and name because Katie is my wife's first name, however we thought that Scarlett is the perfect fit. 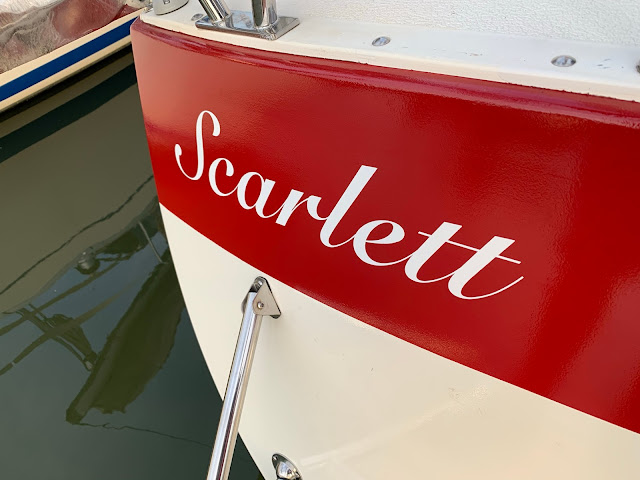 Scarlett rhymes with the first three letters of Scanmar, is associated with red that symbolizes courage, passion, force, joy and heat and which is often considered the color of Scanmar boats. 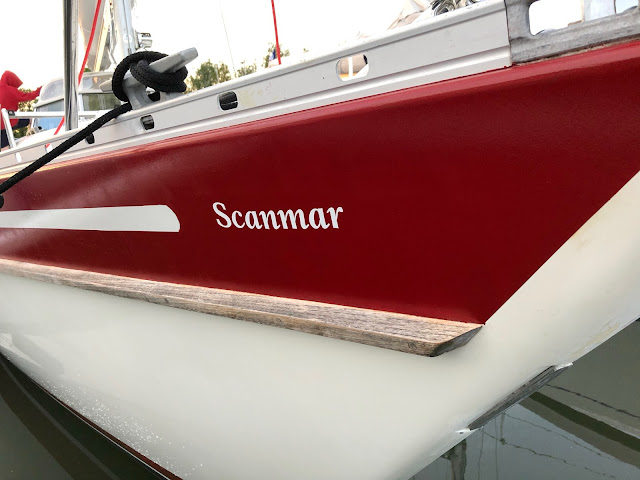 The references to her old name has been removed and it was written on a stone with charcoal and given to Poseidon to purge it from his records. A bottle of good Champagne was also offered to the gods of the sea and the winds to accept the new name. 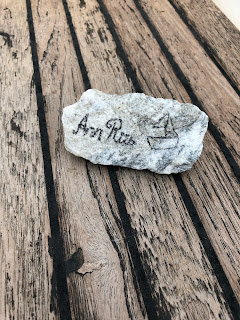 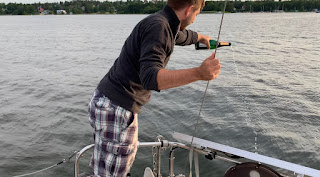 September 01, 2020
Three old ventillators have been replaced last weekend as they were falling apart due to UV damage and the brittle plastic. We could get the exact same type of ventillators, so we went with those. No new holes to drill and hopefully these will do the job for another 10 years. I was also considering changing them to solar vents, but I haven't read too good reviews about them. They're usually much bigger (need a bigger hole) and according to many they tend to die after a year or two (either the battery or the fan motor gets loud) and doesn't worth the extra price tag.  We're going to add some regular 12V car fans inside before we sail to warmer climates. We already have a gas/propane alarm in the galley and now I also installed a battery powered smoke detector. Very easy and no drilling required, it's held in place with velcro strips.
Post a Comment
Read more