The Scanmar boats were designed on the initiative of the Swedish designer Nils-Erik Olofsson. He designed the layout of the interiors of these boats, and the hulls were designed by Rolf Magnusson; the sole exception was the 25, which was designed by Bernt Andersson. The Swedish firm of Börjesson Brothers manufactured all Scanmar boats. There were six models of Scanmar boats manufactured from 1975 to 1991: the 25, 31, 33, 345, 35 and 40. There were plans for a Scanmar 37, but the company went out of business before these were ever built. Nils-Erik Olofsson In 1974 Olofsson designed the Compis which were built by the Börjesson Brothers. 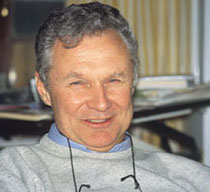 Four years later came the plans for a larger boat. The prototype of the Contrast 33, designed by Rolf Magnusson, was displayed at the Långedrags Exhibition in Göteborg. 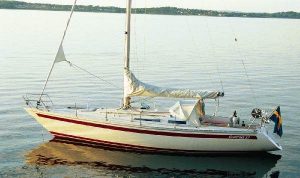 Olofsson felt that the Contrast was a bit too small, and Magnusson offered to design exactly what he wanted: a roomier boat. This was the birth of the Scanmar 33. Olofsson's idea was a boat with roomy interior in relation to the exterior measurements, a comfortably placed toilet, a large aft cabin, and a large forecabin; the dual cabins would ensure that the salon area would not need to be used for sleeping. In addition, he wanted a spacious galley and a roomy cockpit, a strong engine, good-sailing capabilities as well as fast; a foresail which was not too large, and a self-tacking jib. 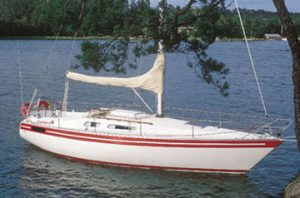 Olofsson had the boats built at the Börjesson Brothers wharf, and sold them through his distribution company Scanmar Boats in Saltsjö-Boo, Sweden. In 1984, he sold 50% of the company to the Börjesson Brothers, and in 1986 he sold them the remaining 50% of Scanmar Yachts, forming Yachts of Scandinavia. After selling Scanmar Yachts, Olofsson did not rest on his laurels. He went on to design and now builds the beautiful Scanyacht line of sailboats at his factory in Saltjsö-Duvnäs. The flagship boat of the line, the graceful Scanner 391, bears a strong family resemblance to the Scanmar 33. (More information on ScanYacht: www.scanyacht.se)

Rolf Magnusson Magnusson, a native of Karlstadt in Sweden, began his career by designing a boat in 1965 for the Koster Class Association competition. A Koster is a large, traditionally-styled type of sailboat common in Norway and the west coast of Sweden, and used for commercial fishing. They were wide in relation to their length, very seaworthy, with low freeboard; they were originally built of oak, about 40' in length. 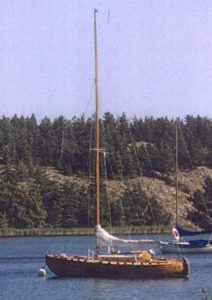 Only one example of his Koster design, named Tummelduns, was built; it never went into full production. The Allegro 27, designed by Lasse Norlin, was the winner of the Competition. The Joker was designed for the Half-ton Cup in 1968. It was modified somewhat in 1971 and renamed the Albin Ballad. Rolf has over the years created many boats on his drawing board: the Albin 79 and Albin 57, Kakadu (a One-off boat), Mamba 34, Gambler 35, and the Contrast boats, just to name a few. In addition to designing boats, Rolf has designed and sewn many of the sails for his boats in his own sail loft. 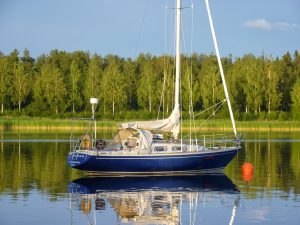 The Börjesson Brothers had their wharf in Bjästa south of Örnsköldsvik, Sweden. Besides manufacturing the Scanmar line, they also produced Örnvik, Omega, and Maxi boats. After buying out Scanmar from in 1986 from Nils-Erik Olofsson, they both produced and marketed these boats as Yachts of Scandinavia. In addition to boats, the factory also made gloves. Ultimately, the glove manufacturing was moved to China. Because of the lack of work for their factory, the wharf closed in 1991.

Pelorus Yacht Sales This company started up in March of 1984 to import and market European-built sailboats, including the Scanmar line, to the American market. Its headquarters was in Hellertown, Pennsylvania but had its main sales office in Rock Hall, Maryland. 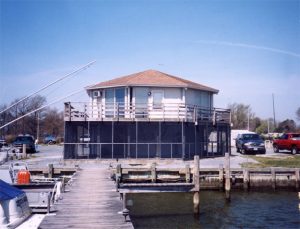 They successfully marketed the Scanmar 33 and 35, and to a lesser extent the 31, to American sailors who admired the craftsmanship, lines, and seaworthiness of the Scandinavian sailboats. At the time, the dollar was very strong against the Kronor, yet the Swedes still maintained a very high level of craftsmanship. After perusing the Scanmar US price lists from 1985, the Sailing Swede has said that the boats were very reasonably priced compared to comparably-sized US-built boats. My feeling is that Scanmar did not become a household word because of the styling- the boats were all what we now call "Euro-styled" (a cheesy term I detest). At the time, "character boats" were still popular, with lots of teak, springy sheer and tons of bronze. In contrast, the Scanmars were all business- sleek, low-slung, purposeful and fast. I think American sailors were for the most part just not ready for them- they were way ahead of their time. I suspect that many of the Scanmars were bought by sailors who wanted to race and cruise as well. Scanmars were and still are very fast boats. Pelorus Yacht Sales went out of business in October of 1991, another victim of the imbecilic "Luxury Tax". By the late 1980s, a good portion of Scanmar-built boats (perhaps 50%) were sent to the US. The loss of the US market in late 1990, nearly half of the Swedish Company's business, certainly helped to kill Yachts of Scandinavia and the Scanmar line. 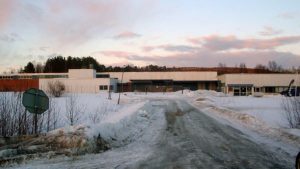 Read Part 1 After careful surface preparation the bilge reinforcement project continued with laying the new laminate. I consulted with West System on what fabric to use and they suggested biaxial cloth without chopped strand matting. The biaxial cloth is very strong and CSM would just add weight. We bought 600g biaxial cloth with 45/45 degree strands from Composite24 and West System 105 epoxy with 206 fast hardener at a local marine store. Cutting fabric The work was done in sections, we started with the bilge bottom/floor while the keel nuts and washers were removed. It got 4 layers that come up 10cm at the bilge sides. This area gets most of the loads and we wanted to reinforce it by connecting the fabric on the bottom to the one to be layed on the sides. 4 layers on the bottom In theory these types of reinforcements are suggested to be done either with the keel dropped or while the keel is hanging so it's not compressing the joint while the boat is stan
2 comments
Read more

Three old ventillators have been replaced last weekend as they were falling apart due to UV damage and the brittle plastic. We could get the exact same type of ventillators, so we went with those. No new holes to drill and hopefully these will do the job for another 10 years. I was also considering changing them to solar vents, but I haven't read too good reviews about them. They're usually much bigger (need a bigger hole) and according to many they tend to die after a year or two (either the battery or the fan motor gets loud) and doesn't worth the extra price tag.  We're going to add some regular 12V car fans inside before we sail to warmer climates. We already have a gas/propane alarm in the galley and now I also installed a battery powered smoke detector. Very easy and no drilling required, it's held in place with velcro strips.
Post a Comment
Read more

Ann-Riis had delamination at the floor beam to hull attachments probably due to earlier groundings and we could also see the swinging/pendulum keel symptom when the boat was transported with the keel hanging. It was time to do something about it. The plan is to reinforce the whole keel-to-hull joint with 3-4 layers of 600g biaxial fiberglass cloth, re-bond the floor beams to the hull with at least 6 layers and add new structural members to stiffen up the construction against side loads. Delamination: In the fall of 2019 we started the keel/bilge reinforcement project. It took several weekends to sand everything and it was probably the most difficult boat work (or any type of work really 😃) I ever did. I covered the working area with plastic protective foil, but it didn't do much. The fiberglass dust was so intense that after a while the tape holding the foil was falling off and the dust covered every corner of the boat. I killed one orbital sander and one vacuum cl
2 comments
Read more